There were once thousands of public phones in New York. 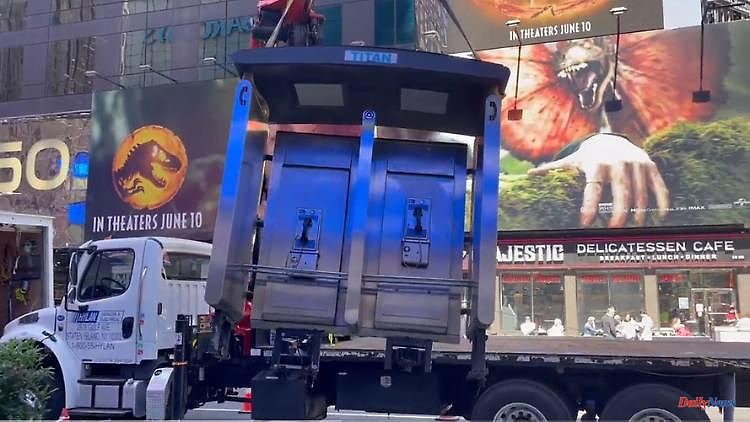 There were once thousands of public phones in New York. Now the last of its kind has been dismantled. She goes to the museum. The city is already providing a modern replacement.

In hardly any other city do residents stare at their smartphones as constantly as in New York. No wonder nobody was interested in the old pay phones anymore - there were once around 8,000 of these phones in the mega-city, but that's all gone now. As "Bloomberg" reports, the last phone booth was dismantled on Monday. It was on a street near Times Square, which is in the middle of Manhattan - at the intersection of Seventh Avenue and West 50th Street.

Pictures showed how a towing crane loaded the open double cell and transported it away. According to the New York Post, it was actually still a coin device. According to Bloomberg, phones have been gradually phased out since 2015. A replacement should also be provided: So-called "LinksNYC" kiosks will be set up at the points. They offer free Wi-Fi, you can also dial emergency calls and charge your smartphone there.

"End of an era," tweeted Manhattan Borough President Mark Levine. Now nobody has to rummage in their pockets for a quarter. "I won't miss the dead dial tones, but I have to say it makes me nostalgic to see them go." The local broadcaster "Fox 5" reports that the phones were still being used, even if there were fewer and fewer calls.

On Twitter, someone asked where Superman would change into his costume - the superhero often used phone booths as a dressing room in the comics. Incidentally, there are said to be four more of these full-fledged telephone booths in New York. According to "CBS" it is unclear whether they are still in operation. The now dismantled telephones were half-open devices. In addition, there are said to be individual privately operated payphones on public property.

Public telephones have also become rare in Germany. The last yellow phone booth was dismantled in April 2019 - in St. Bartholomä am Königssee. At the time, Telekom announced that the houses would be dismantled if sales were less than 50 euros a month. Once there were more than 100,000 cells in Germany, in 2020 there should have been 16,000.

1 Genetic code decoded: This is why oats are healthier... 2 Four soldiers also accused: gang is said to have robbed... 3 Pampers bomber with a star: T-Class - is that the... 4 Bavaria: body found in Landshut city park 5 Bavaria: First evidence after finding children's... 6 Bavaria: Storm in Füssen: 160 missions until late... 7 Price increases passed on to customers: SMEs are suffering... 8 A dose for healthy children: STIKO recommends corona... 9 "Identity not yet clarified": Child's... 10 Baden-Württemberg: Spring meeting in Iffezheim again... 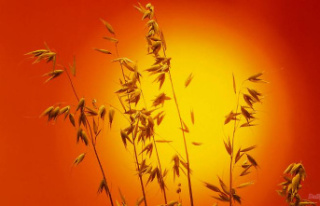 Genetic code decoded: This is why oats are healthier...