In Lower Saxony, a freight train collides with a waiting train, and explosive propane gas escapes. 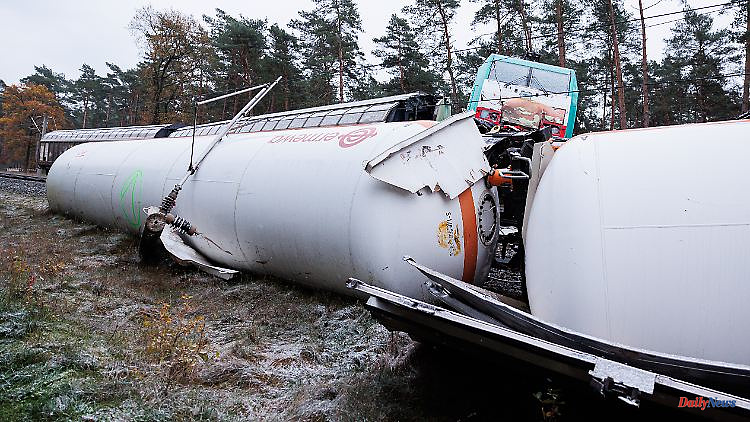 In Lower Saxony, a freight train collides with a waiting train, and explosive propane gas escapes. Initial investigations have now revealed that the accident is due to human error, the police said. An employee of Deutsche Bahn is being investigated.

After a serious accident between two freight trains in Leiferde in the Gifhorn district, the emergency services are still busy cleaning up four days after the accident. Attempts are currently being made to get the explosive propane gas out of two damaged tank cars, said a fire department spokesman. The gas is fed into a so-called flare and burned off in a controlled manner at the end. Before that, the gas had been pumped out of the overturned tank wagons.

Due to the imbalance, however, the boilers could only be pumped half empty. Burning off the remaining gas could take several days, according to the fire department spokesman. Last Thursday, the serious accident occurred on the railway line between Hanover and Berlin near Leiferde. First, a freight train stopped at a signal. According to the first findings of the investigators, an employee of Deutsche Bahn wrongly released the route for another freight train, as the federal police announced.

This train, consisting of 25 tank cars filled with propane gas, then crashed into the stationary train from behind. Four of the wagons fell on their sides as a result of the impact. Two were so badly damaged that the gas leaked out. The overhead line was also damaged. One person was slightly injured. The fire brigade spokesman said that a solution was still being sought for pumping out the two other tank wagons lying on their side. Since the connections on the car were damaged, a custom-made product had to be made. When recovering the trains, the emergency services had to constantly ensure that the gases did not ignite.

Among other things, special fans were used to prevent an explosion even in such a dangerous environment. The deployment site is constantly monitored by measuring devices. The propane gas, which is heavier than air, had collected in a kind of cloud on the ground and was approaching the emergency services. All work was immediately stopped and all lights, electrical and motor-driven devices were temporarily switched off. According to the fire brigade, there are also units from the plant fire brigades of the chemical parks in Ludwigshafen, Dormagen and Marl in addition to the local emergency services.

Comrades from the fire brigade of the Volkswagen plant in Wolfsburg and the airport fire brigade from Hanover were also at the scene. According to Deutsche Bahn, the route will remain closed until at least November 27 due to the clean-up work. Trains are diverted widely. Train passengers must continue to prepare for cancellations and delays of at least 90 minutes. According to the federal police, the railway employee is being investigated for dangerous intervention in rail traffic and negligent bodily harm. 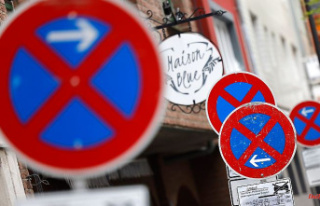