"It's really outrageous": Up to 44 degrees in the shade - Spain is groaning under the heat

Almost all of Spain has been suffering from an extreme heat wave for days. 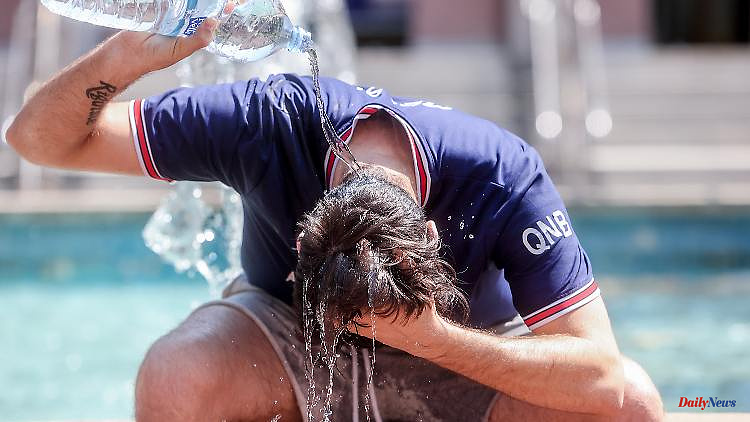 Almost all of Spain has been suffering from an extreme heat wave for days. The situation is serious: together with the ongoing drought, the high temperatures are encouraging further forest fires. It is "hell", writes the newspaper "El País" - it is said to be particularly hot in Andalusia.

Spain is hit by extreme heat. The Aemet weather service has issued an alert for 16 of the country's 17 autonomous communities. Only the Canary Islands in the Atlantic off the west coast of Africa were spared the heat, with temperatures reaching 44 degrees in the shade. It was "hell," wrote the newspaper "El País". The well-known newspaper quoted the Aemet press chief Cayetano Torres as saying: "This is really outrageous!" According to Aemet, this second heatwave of the year in Spain is likely to be one of the longest since records began in 1975.

According to official information, the heat wave began on Saturday, will reach its peak in the middle of this week and is expected to last until the beginning of next week. It is supposed to be particularly hot on Wednesday with temperatures of up to 44 degrees in Andalusia in the south and in Extremadura in the west of the country. In some provinces of these regions, as well as in the autonomous community of Galicia, the red alert applies. "Only" yellow alert was declared for parts of Mallorca. Temperatures there are expected to climb to 38 degrees on Wednesday.

In the cities, people were looking to cool down in fountains and ice cream parlors, fully air-conditioned shopping centers and cafés in the mornings. According to media reports, the beaches on the Mediterranean and Atlantic coasts were also quickly full. Because of the tropical nights, many Spaniards complain of sleeping problems.

In combination with a drought that has lasted for weeks and strong winds, the heat is promoting the outbreak and spread of forest fires. The current worst fire continues to rage in the community of Las Hurdes near the border with Portugal. The flames have already destroyed around 3,500 hectares there. In the neighboring country of Portugal, the fire brigade and civil defense are also fighting forest fires at times well above 40 degrees, especially in the center of the country.

1 Drought drama and water war: "apocalyptic conditions"... 2 Specialists are looking for the cause: two men die... 3 Police use tear gas: Sri Lanka declares a state of... 4 The situation is already tense: hospitals do not see... 5 Investigations against villagers: Seven women flogged... 6 Already afraid of autumn: Corona failures exacerbate... 7 Munich can pull the ripcord: Söder believes in the... 8 Deadline is soon to expire: Lottery millionaire did... 9 Live rent-free and help: Bildungsbuddies: Friends... 10 All praise for A-Rod's J.Lo: Jennifer Lopez's... 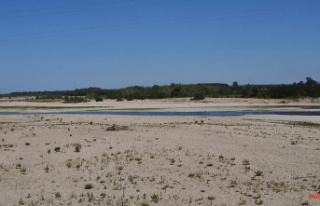