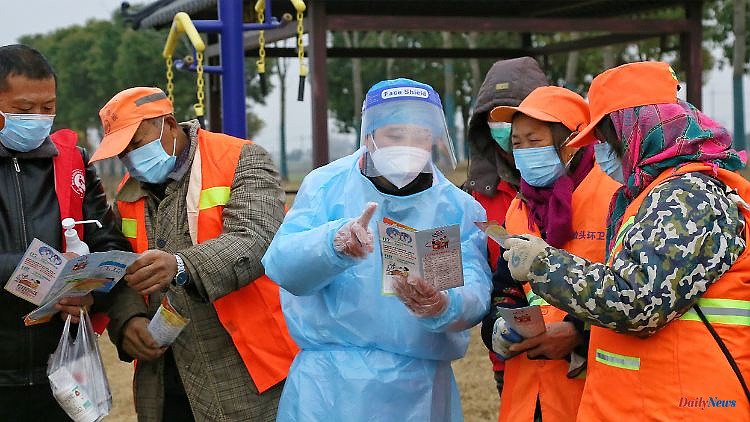 China abruptly ended its strict zero-Covid policy and allowed its citizens to travel abroad again after almost three years. But the impending onslaught triggers uneasiness abroad. Possible destinations fear a wave of infected tourists that will bring new variants of the corona virus with them.

Concerns are growing in several countries about new variants of the corona virus that Chinese tourists could spread when traveling abroad. After the abrupt end of the zero-Covid policy in the People's Republic, Italy, among others, announced that it would introduce mandatory corona tests for all travelers from China. "The measure is essential to ensure the surveillance and detection of any variants of the virus, to protect the Italian population," said Health Minister Orazio Schillaci.

In view of the emerging rush to travel, Japan had previously announced that all travelers from China would be required to test from Friday. "Anyone who comes from the People's Republic has to be tested upon arrival," said Japanese Prime Minister Fumio Kishida on Tuesday. Those who test positive must therefore isolate themselves in a facility provided for this purpose for seven days. Japan also wants to limit the number of flights from China for the time being. India and Malaysia have announced similar regulations.

Similar considerations are also being raised in the USA. The US government is following "the science and the advice of health experts" and is therefore considering steps "to protect the American population," government officials said in Washington. Above all, they criticized a lack of "transparent data" from China on the extent of the corona wave after the zero-Covid policy was suddenly ended. Above all, a lack of genomic sequence data makes it difficult to identify possible new virus variants and to react accordingly.

In Germany, however, the Greens health expert in the Bundestag, Janosch Dahmen, advises calm. Thanks to the vaccinations, Germany is "much better prepared for the winter today than it was in the past two years," he explained in the "Rheinische Post". "That also helps with a view to the situation in China." The Federal Ministry of Transport also rejected a CDU proposal to stop all flight connections between Germany and the People's Republic.

After the end of the zero-Covid policy at the beginning of December, the corona virus is currently spreading at breakneck speed and uncontrolled in China. According to unconfirmed internal estimates, 248 million people, or 18 percent of China's population, were infected in the first three weeks of December alone. Hospitals in China are overcrowded, and many crematoria can no longer cremate the corpses quickly enough. According to estimates, around one million people could die as a result of a corona infection in the coming months.

However, official statistics from the People's Republic only show one death in connection with Covid-19. On Sunday, China had completely stopped publishing daily corona data.

At the same time, the National Immigration Service of China said on Tuesday that traveling abroad will soon be possible again. Passports can therefore be applied for from January 8th. Beijing stopped spending on tourist trips shortly after the pandemic began almost three years ago. As a rule, only urgent business trips and stays abroad for study purposes were approved.

The Beijing Health Commission had already announced on Monday that the danger level of the corona virus would be lowered from January 8th and that the quarantine when entering China would also be eliminated. Most recently, travelers were isolated in a hotel room for at least five days and closely monitored. At times, an entry quarantine of 21 days was even required. 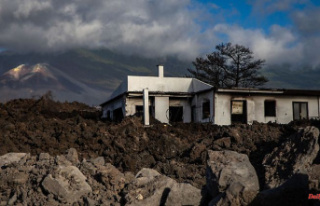 Stories that give hope: Not everything was bad in...