Laid out next to the Christmas tree: Vatican publishes photos of dead Benedict XVI

After the death of the former Pope Benedict XVI. 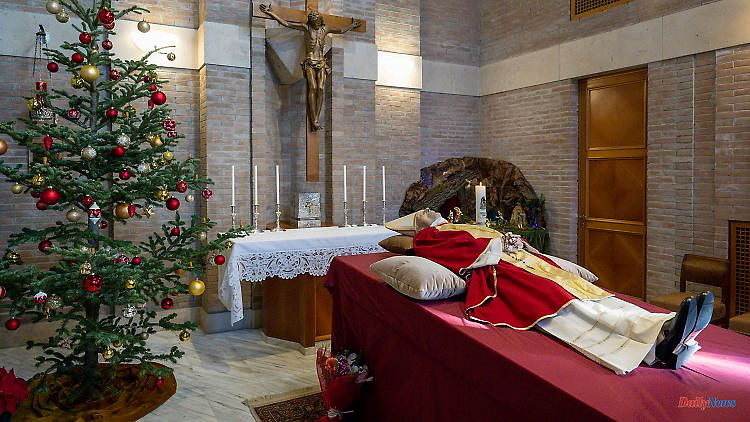 After the death of the former Pope Benedict XVI. The Vatican publishes photos of his body. The ex-pontifex is currently still in the chapel of the Vatican monastery Mater Ecclesiae. On Monday he is to be laid out for the public in St. Peter's Basilica.

After the death of Pope Emeritus Benedict XVI, the Holy See published the first photos of his body. In the pictures from the chapel of the Vatican monastery Mater Ecclesiae he can be seen with a red liturgical robe and a traditional headgear, a miter.

Joseph Ratzinger - Benedikt's real name - holds a rosary in his clasped hands. Next to him in front of the chapel altar are a decorated Christmas tree and a nativity scene, as can also be seen in the published photos.

Benedict XVI died on Saturday morning at the age of 95. He is to be laid out for the public in St. Peter's Basilica on Monday before being buried on Thursday, January 5th.

In Germany, the laying out of condolence books and a requiem in Munich's Liebfrauendom were announced. Pope Francis prayed in St. Peter's Basilica with a view to the Solemnity of the Blessed Mother on New Year's Day that Saint Mary Benedict XVI. "accompanied from this world to God".

Later, as he said his Angelus prayer before thousands of people in St. Peter's Square, Pope Francis bowed in a minute's silence in memory of the late pontiff. "We all join with one heart and soul in one voice to give thanks to God for the gift of this faithful minister of the gospel and of the church," he said. 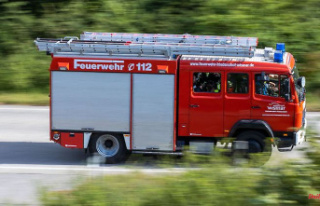