Alcaraz was awarded the 2022 Herblock Prize in editorial cartooning. 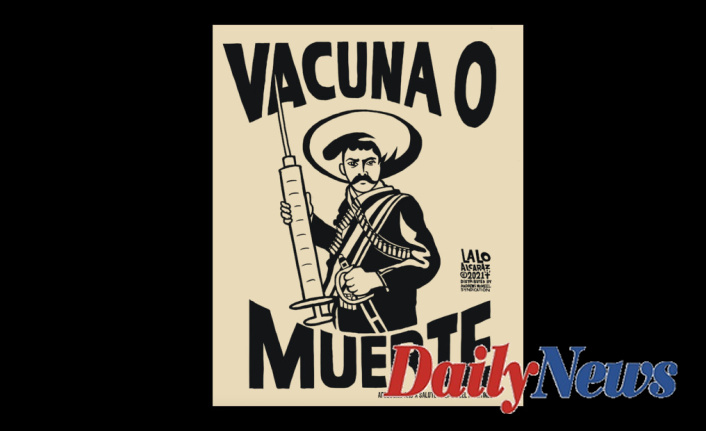 A top prize for editorial cartooning has been awarded to one of the nation's first syndicated Latino cartoonists.

Lalo Alcaraz is a Los Angeles-based political artist who has been awarded the 2022 Herblock Prize. This award recognizes his editorial cartooning and "passion, dedication, and brilliance" in reporting on civil rights issues that affect U.S. Latinos.

The Herb Block Foundation announced Thursday a $15,000 award. It is named for Herbert Lawrence "Herblock" Block (late Washington Post syndicated editorial cartoonist), who was well-known for his comments on foreign policy issues.

Alcaraz is also a producer and writer on " The Casagrandes" and has several projects.

The prize is given annually to "distinguished examples editorial cartooning that embody the brave, independent standard set forth by Herblock."

A "unapologetic emphasis" on civil rights

According to the foundation, Alcaraz's work is considered groundbreaking.

His powerful tribute to Chicano artist Emanuel Martinez's 1967 Tierra O Muerte (Land or Death) is one of his most striking pieces. Alcaraz cleverly substitutes Emiliano Zapata’s rifle with a vaccination needle and names the image Vacuna o Muerte ("Vaccine or Death"), creating a work that draws inspirations from the past to combat the current pandemic," said the foundation in a statement.
"No other political cartoonist in America brings the same passion, dedication, and brilliance to fighting for fair immigration at our borders and justice for the Latino community. The foundation said that Lalo Alcaraz's bravery and unapologetic focus in these and other civil right issues make him a worthy recipient of the 2022 Herblock Prize.
Alcaraz stated that it still does not feel real to win this major award.
Next month, a ceremony of awards will take place at the Library of Congress in Washington D.C.

1 Marilyn Manson files a defamation suit against Evan... 2 A former UFC champ was accused of molesting a family... 3 Ex-Colorado Officer agrees to a plea agreement in... 4 Las Vegas Hookah Lounge Shooting: 1 Dead, 13 Injured 5 Judge rejects bid to close down NRA, but suit against... 6 Alabama bill bans hormone treatments for trans youth 7 Adoptive parents are charged with the murder of 2... 8 New Mexico police officer is killed while trying to... 9 Three people were killed in multiple accidents that... 10 Virginia substitute teacher suspended for supporting... 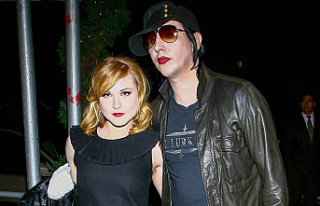