In the US city of Colorado Springs there is a party atmosphere on Saturday night, the city is full of people going out and partying. 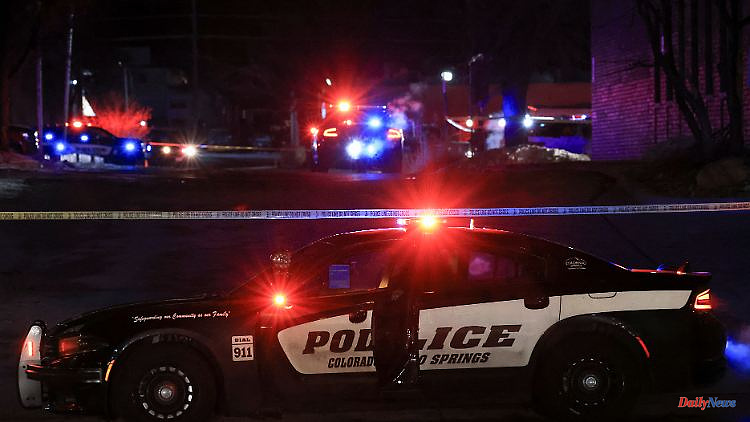 In the US city of Colorado Springs there is a party atmosphere on Saturday night, the city is full of people going out and partying. Then shots are fired in a club and the night ends in death and horror.

At least five people were killed and 18 others were injured in a nightclub in the US city of Colorado Springs. This was announced by the police on Sunday night (local time) at a press conference in the state of Colorado. A suspicious person was caught by the police in the club and is in custody. Investigations into the motive for the crime are still ongoing.

According to media reports, Club Q, where the incident took place, is a popular meeting place for gays and lesbians. "Club Q is devastated by the senseless attack on our community," the Facebook page said. "We are grateful for the quick responses from heroic guests who overpowered the gunman and ended this hate attack."

On its Facebook page, Club Q hosts drag shows, events on transgender issues and karaoke, among other things. The police initially did not give details of the crime in their first press conference. Authorities were receiving and responding to numerous 911 calls as of 11:57 p.m., said Pamela Castro of the Colorado Springs Police Department.

It was not disclosed how many people were in the club at the time of the crime. The injured were taken to nearby hospitals. The police initially did not say whether the suspect was injured. Videos circulating on the internet showed numerous police cars with flashing lights during an operation. Colorado Springs Fire Chief Mike Smaldino said eleven ambulances were at the scene after multiple 911 calls were received. "We will be here for many, many hours," Castro said, adding that the FBI is also there.

There have been a number of attacks on LGBTQ venues across the United States in recent years. In 2016, a gunman killed 49 people and wounded 53 others at a gay nightclub in Orlando after joining the Islamic State terrorist group.

1 For the first time in six months: China reports an... 2 Gardening as mourning: when vegetables grow on the... 3 "Who Killed Bambi?": With the Sex Pistols... 4 Baden-Württemberg: Drunken becomes violent: police... 5 Baden-Württemberg: VfB are not planning any major... 6 Hesse: Wedding party provides a column for the police... 7 Saxony: 3.3 million euros plus by 2024 for labor market... 8 North Rhine-Westphalia: Snowfall is followed by a... 9 Bavaria: 500 liters of diesel run out: 200,000 euros... 10 Baden-Württemberg: After Scholz's appearance:... 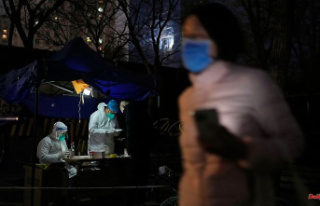 For the first time in six months: China reports an...