For a group of young Germans, their Mallorca trip could drag on: The 13 men are in custody because they are said to have burned down a bar under their hotel balcony. 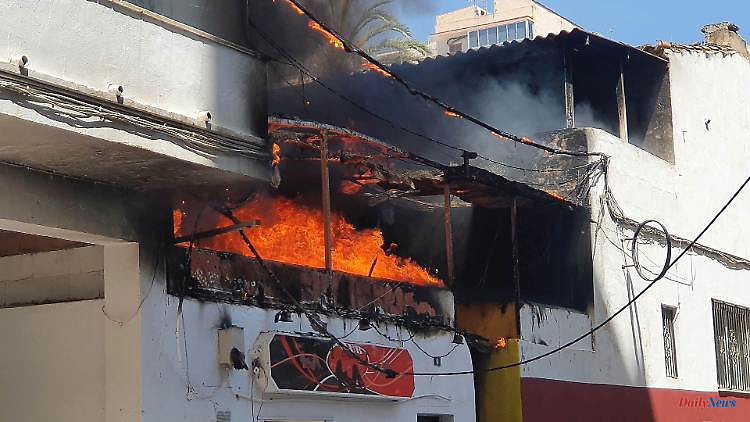 For a group of young Germans, their Mallorca trip could drag on: The 13 men are in custody because they are said to have burned down a bar under their hotel balcony. Witnesses report roaring and cigarette butts hitting a thatched roof.

An extended stay in Mallorca is actually a dream for fans of the Spanish holiday island - but this does not apply to 13 tourists from Germany who have been in custody in Palma since Saturday on charges of arson. The Germans face imprisonment for several years, as Spanish lawyers explained on request. The fact that the suspects were not released on bail proves how difficult the responsible investigating judge considers the case to be.

What happened? The Germans, who according to the media are almost all between 24 and 29 years old, are accused of throwing cigarette butts onto the terrace roof of a restaurant at a party on two balconies of their hotel rooms in the immediate vicinity of the Ballermann on Friday afternoon shortly after their arrival on the island and also having poured alcohol on it. The reed roof caught fire. According to media reports, the flames damaged the restaurant, another bar, an adjacent apartment and the hotel. There is talk of property damage of at least 150,000 euros. Two people, a man and a young girl, were slightly injured, the media reported.

The fire caused a particularly big stir, although the island is used to incidents involving tourists. The newspaper "Diario de Mallorca" had a photo on page one that showed the suspects being brought in handcuffs to the judge's interrogation. The "Guardia Civil" police unit has already evaluated security camera footage that confirms the previous assumptions and allegations, the newspaper wrote. A police spokesman declined to reveal anything when asked, but said he couldn't "deny anything" either.

The statements of neighbors who assure that they have seen everything exactly cause outrage. "The tourists watched the whole thing from their balcony. They started filming the fire with their cell phones, roared and laughed," a man was quoted as saying by the "Mallorca Zeitung". Another told the newspaper: "They partied for hours in rooms on the 2nd and 3rd floor of the hotel. The music was turned up, they poured beer from one balcony to the other and also onto the street." They also threw down cigarettes. "Quickly the entire roof was on fire," it said. It was "like a bomb".

There is a lot of misunderstanding. "What's going on in the minds of these young people?" asked one of those affected, the German landlady Alice. "They couldn't have been that drunk, they still tried to run away," the Cologne native, who runs her restaurant "Why not Mallorca?", told journalists. only opened in June 2021. The entire outside area is now devastated. The Mallorcan police did not want to comment on media reports that the accused came from near Münster and belonged to a bowling club.

The accused are said to have exercised their right not to testify during their interrogation by the judge. The judge assumes "joint responsibility", wrote the newspaper "Diario de Mallorca" and other media, citing the judiciary. In his report, the judge emphasized the great danger in which people had been brought. He accuses the Germans of a lack of willingness to cooperate.

Further investigations will reveal whether there will be a trial against the Germans. Experience has shown that this could take some time. According to two lawyers interviewed, the suspects could face between one and three years' imprisonment if charged and found guilty of negligent arson. In the case of intent and endangering human life, the verdict could also be significantly sharper, it said.

At the moment Ballermann is celebrating as wildly as before Corona. There are hardly any restrictions. In the past few weeks, there have been more fights and thefts in the German holiday hotspot, despite a "quality offensive" by the authorities. 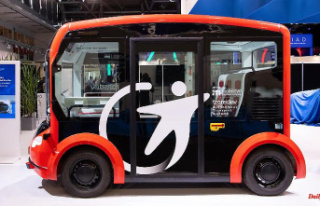