Many injured in Oberhausen: tram collides with bus

The windscreen of the tram is shattered, there is a large hole in the side of the bus: In Oberhausen, a tram crashes into a bus on a high route. 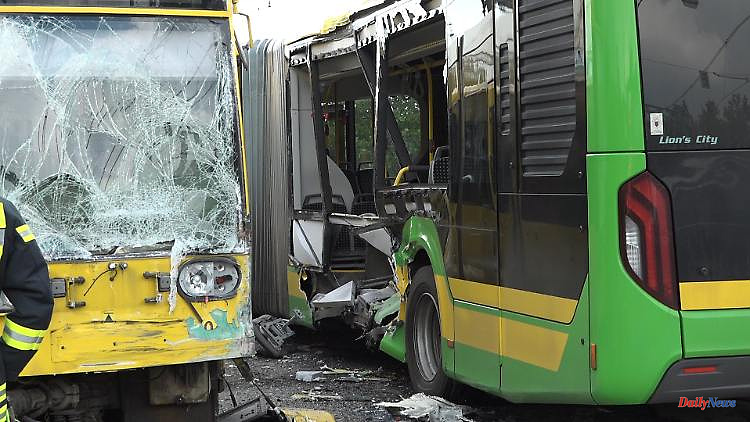 The windscreen of the tram is shattered, there is a large hole in the side of the bus: In Oberhausen, a tram crashes into a bus on a high route. One person is seriously injured, many others are traumatized.

One person was seriously injured in a collision between a tram and a bus in Oberhausen, North Rhine-Westphalia. Six other people suffered minor to moderate injuries in the collision, a spokesman for the fire department said. 33 other victims were also given emergency pastoral care at the accident site.

According to initial information from the fire brigade and police, the accident occurred in the morning on a tram line which, according to a police spokesman, is about ten meters above the roadway for other traffic at the scene of the accident. There is no further information on the process and the possible cause. The force of the collision can be seen in the pictures: the windscreen of the tram shattered, and there was a large hole in the side of the bus.

According to the fire brigade, a large contingent of rescue workers from surrounding cities pulled together. A rescue helicopter was also deployed, and the affected street was cordoned off by the police at the same time. According to "Bild" information, a school class was also affected by the accident. Accordingly, many of the tenth graders are traumatized and are being cared for by emergency chaplains.

1 Legislative 2022. Wild electoral posting is a persistent... 2 Bavaria: toddler locks himself in a car: freed with... 3 Baden-Württemberg: Adductor problems again: Sosa... 4 France has repatriated the body of Frederic Leclerc... 5 Thuringia: contrasts in the school law between red-red-green... 6 Bavaria: CSU Regensburg calls on Rieger to resign... 7 North Rhine-Westphalia: Missing 17-year-olds: suspected... 8 Soccer. Sepp Blatter: Michel Platini was worth his... 9 Ile-de-France. A couple buys a house, but it is occupied... 10 England. The Tourist Trophy: Lavorel, Haut-Savoyard... 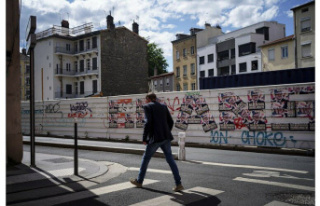