Mexican border: when Trump's "impenetrable" wall looks like a sieve

It was supposed to be "virtually impenetrable", a Chinese wall on the border with Mexico that would stop migrants and traffickers of all kinds. 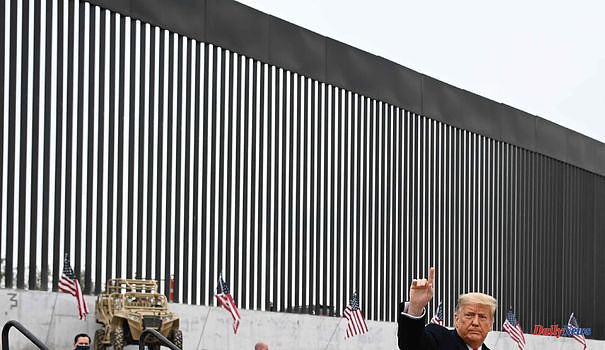 It was supposed to be "virtually impenetrable", a Chinese wall on the border with Mexico that would stop migrants and traffickers of all kinds. The ace ! The "beautiful big" wall so vaunted by ex-president Trump looks more like a sieve. Over the last three years, there have been more than 3,000 breaches in the new sections. According to Border Patrol documents obtained by the Washington Post, the traffickers sawed 3,272 times the steel pillars, which are nevertheless filled at the base with concrete. They used all kinds of very ordinary tools sold in hardware stores. Once sheared, the post, which rises between 5.4 and 9 meters in height, only holds at the top and it is therefore sufficient to push it like a swinging door to pass. The traffickers then seal the breach to prevent patrols from detecting it. They usually work at night with lookouts, hiding under blankets to muffle noise and conceal sparks. In March 2021, they cut out an entire section of the palisade in the El Centro area of ​​California, which allowed two 4X4s loaded with migrants to cross.

The damage, according to the documents, is far greater than previously thought. The government spent $2.6 million on repairs between 2019 and 2021. Most of the breaches occurred on new portions built during the Trump administration. "No one builds a wall better than me" had proclaimed the ex-real estate developer who was very interested in the construction of his wall which he compared to a "Rolls Royce". He studied the different designs and imposed that it be painted black to make the metal hotter and discourage climbers. The specialists had explained to him that if the paint was not really going to increase the heat, it was on the other hand going to make the construction costs fly away, he did as he pleased. 18 months later, the pillars are already starting to chip.

During his tenure, nearly 800 kilometers of new barriers were put in place. Most to replace old ones that are damaged or too porous. Only 83 kilometers of wall have been erected in new places, mainly in New Mexico and Arizona. All this for the modest sum of 11 billion dollars, or in some areas 46 million dollars per mile! Not bad for a president who had sworn his stockade would be "cheap." He had also incidentally promised that Mexico would foot the bill. What the United States is still waiting for. President Biden on his arrival stopped the work and focused on building a virtual wall made up of cameras, watchtowers, sensors in the sand and other much more effective detection devices.

It's not just the traffickers who make life tough on the wall. He is also a victim of the elements. And in particular floods because it is built in desert places where there are many wadis. In Arizona in particular, torrential rains led several times to the collapse of entire sections. But the main problem is that you can easily climb it with makeshift ladders. To go down on the American side, the traffickers install ropes and the more athletic slide down the metal pillars, as if it were a mast, judging by the videos on social networks.

Even Donald Trump had admitted in 2019 that his wall, no more than that of China, was not going to stop the invaders. "We have a very strong wall," he said. "But whatever its power, everything can be cut". This time he was telling the truth... 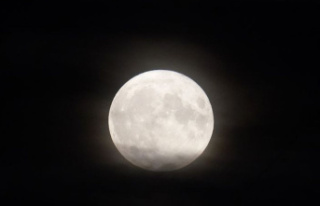 Space travel: South Korea wants to send its own lunar...