Even small triumphs are a stepping stone to victory: because UNESCO put the Ukrainian national dish borscht on the list of endangered cultural heritage, the Ukrainian culture minister celebrates a victory in the borscht war. 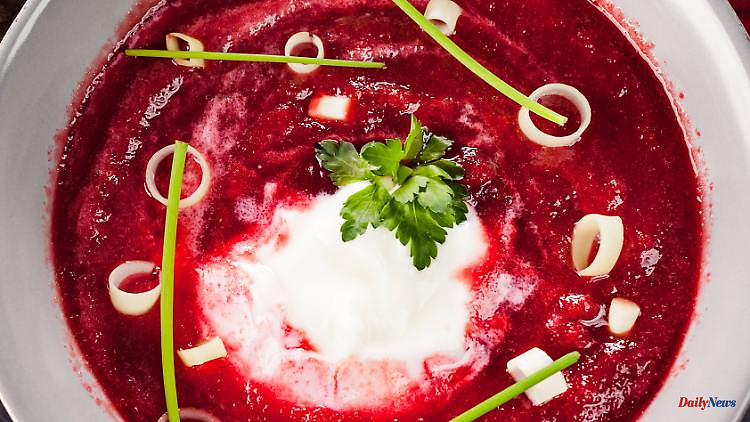 Even small triumphs are a stepping stone to victory: because UNESCO put the Ukrainian national dish borscht on the list of endangered cultural heritage, the Ukrainian culture minister celebrates a victory in the borscht war. Dark tones are coming from Moscow.

The UN cultural organization UNESCO has placed the Ukrainian culture of borsch cooking on its list of endangered cultural heritage. According to the UNESCO World Heritage Committee, Ukrainian borscht cooking has been placed on the list of intangible cultural heritage in urgent need of protection. As justification, it referred to the Russian war of aggression against Ukraine and its "negative effects on tradition".

The Ukrainian Minister of Culture Oleksandr Tkachenko reacted enthusiastically: "The victory in the borscht war is ours," he wrote on Telegram. Kyiv had called for it to be classified as an endangered cultural heritage, while Russia had vehemently opposed it.

After the decision, Russian Foreign Ministry spokeswoman Maria Zakharova spoke of an example of Ukrainian "nationalism" and ridiculed the UNESCO decision. Obviously everything is now being "Ukrainized," she wrote on Telegram. "What next? Will pigs be recognized as a national product of Ukraine?" In Ukraine, the beetroot stew borscht is the national dish, but it is also widespread in Russia and other former Soviet republics as well as Poland in different variants.

The World Heritage Committee explained that the flight of many people caused by the war means that they can no longer grow the necessary ingredients, cook borscht and gather to eat borscht. This "undermines the social and cultural well-being of the community". According to UNESCO, the Ukrainian version of borscht is an integral part of everyday life in the country. The court is an "integral part of Ukrainian family and community life."

The ntv columnist Anastasia, who also provides a borschtsch recipe, has a similar view to that of UNESCO: "Borschtsch is a soup - most people know it with beetroot and white cabbage. But borscht is also home. There are many ways to make borscht to prepare, but there is only one homeland. My homeland is being destroyed. By cooking together with my friends and all the children, we bring a piece of homeland into our new life." Here are the cooking instructions.

1 All because of Corona?: The performance level of fourth... 2 Vip, Vip, Hooray!: Sex sells! OnlyFans makes the cash... 3 North Rhine-Westphalia: Kuchaty: Help for pensioners... 4 Bavaria: Man comes off the road with a car and dies 5 Hesse: Overload in the court: Suspects released from... 6 North Rhine-Westphalia: Leutheusser-Schnarrenberger... 7 Saxony-Anhalt: FKS looks at minimum wage in sports... 8 Mecklenburg-Western Pomerania: Despite the war and... 9 Mecklenburg-Western Pomerania: No application from... 10 Baden-Württemberg: Warning of less money for broadband... 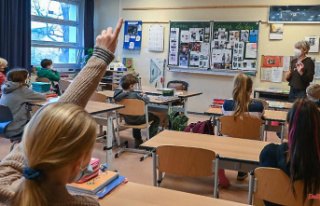 All because of Corona?: The performance level of fourth...