Museum robbery in Manching: The gold thieves were gone after nine minutes

After the theft of a valuable gold treasure from the Celtic-Roman Museum in Manching, Upper Bavaria, the police are investigating a connection with the spectacular art thefts from the Green Vault in Dresden and the Bode Museum in Berlin. 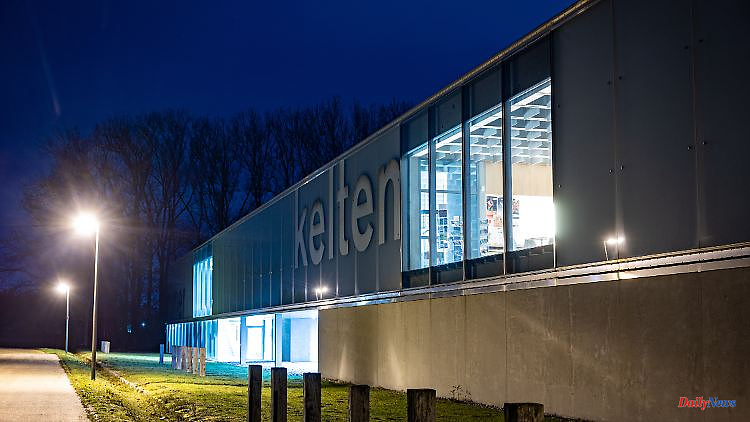 After the theft of a valuable gold treasure from the Celtic-Roman Museum in Manching, Upper Bavaria, the police are investigating a connection with the spectacular art thefts from the Green Vault in Dresden and the Bode Museum in Berlin. There is great sadness there.

It was a matter of just nine minutes: at 1:26 am an external escape door at the Celtic and Roman Museum in Manching was pried open, at 1:35 am the burglary on Tuesday night was already over. The day after, Rupert Gebhard, Head of Collections at the State Archaeological Collection, mourns the loss of the museum's most valuable treasures: 483 coins and a gold cast cake. The theft left traces - in the museum and with the archaeologists. "It feels like losing an old friend," says Gebhard.

Countless glass splinters on the museum floor at the exhibition site of the historical treasures bear witness to the crime. They come from a glass case that the perpetrators destroyed in order to get three more, even larger coins. "A wound remains," says the senior collection director with a sad expression. The loot is a gold treasure of immeasurable value from the first century BC with a commercial value of around 1.6 million euros, as Gebhard says. In addition, the coins from another showcase.

The times of the burglary were recorded by the alarm system, as Vice President of the State Criminal Police Office Guido Limmer says. But the alarm could not be forwarded because at 1:17 a.m. - nine minutes before the burglary - a distribution node for Internet and telephone just one kilometer from the museum was sabotaged. As a result, according to the police, telephony and Internet for around 13,000 private households and companies in the area failed. And on site in the museum there were no security guards at night.

The security measures corresponded to the recommendations when the museum was built, emphasizes Limmer. According to Gebhard, after the burglary in the Green Vault in Dresden, there was another inspection to check the quality of the security systems. The case from 2019 also plays a role in the current investigation, as does the theft of a 100-kilo gold coin from the Bode Museum in Berlin in 2017. One is in contact with colleagues in Berlin and Dresden about the "possible Parallels" to the cases, said Limmer. It is still unclear whether there are any connections.

Gebhard hopes that the coins will turn up again. But they could face destruction in a furnace - the "worst option" that would mean total loss. The pure material value of the 3.724 kilo treasure is estimated at around a quarter of a million euros. A sale at a much higher commercial value would not be easy for the perpetrator or perpetrators: According to Gebhard, the coins are so well documented that they could be identified at any time.

They are of great value to archaeologists. The treasure with 483 coins, which turned up during regular excavations in the past century, is a "real gem". According to Gebhard, it shows the connections of the Manching oppidum to Bohemia and the prosperity of its inhabitants. After this oppidum - the term stands for a city-like settlement - the 20-strong special commission is also named, which is now chasing the perpetrator or perpetrators and investigating because of property damage and gang theft. However, the LKA does not assume that it is a single perpetrator.

The initial situation is bad, however, because the burglary was not noticed until hours later, at around 9.45 a.m. After the internet and telephone failures, patrols were sent out that night. At that time, however, the police were still concerned that banks and ATMs could become targets for criminals. The investigators only realized that the crime scene was the museum when its employees alerted the police. According to Limmer, there are currently "no pictures that we could use for a search". Chief Public Prosecutor Nicolas Kaczynski said: "The investigation is still in its infancy."

Art Minister Markus Blume described the theft as an attack on Bavaria's cultural heritage. The Celtic treasure is "of inestimable cultural-historical value," said the CSU politician. At the end of the 1990s, it was a "sensational find" that gave a glimpse into the lives of people in Bavaria more than 2000 years ago. "In this respect, it is also an attack on our cultural heritage and also on the civilized state," said Blume. "One thing is clear, you don't just march into a museum like this and then take this treasure with you." It is "highly secured and in this respect it is at least reasonable to assume that we are dealing here with a case of organized crime."

1 Beyond cheap goods: Umbrella manufacturer from Essen... 2 "Love Island" and summer house: Reality... 3 Revolutionary New Standard: What is Bluetooth LE Audio? 4 Ronnagram and Quettabyte: Huge numbers are given names... 5 North Rhine-Westphalia: Temporarily: Stadtwerke Castrop-Rauxel... 6 Hesse: mold and vermin: the regulatory office closes... 7 Victims should be strengthened: Politicians remember... 8 Next opponent of the DFB-Elf: Spain gets drunk with... 9 "Black Wednesday for Cologne": New investigations... 10 That's it with the crown: Boy George flies out... 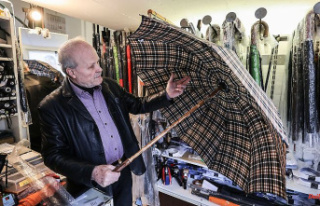