A food truck crosses a level crossing on the island of Usedom, although the half barriers are presumably closed. 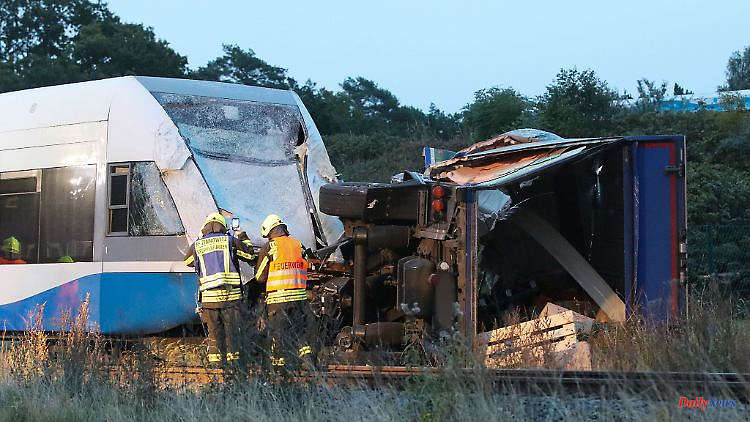 A food truck crosses a level crossing on the island of Usedom, although the half barriers are presumably closed. Despite emergency braking, the approaching train crashes into the truck and derails. Nine passengers are injured.

In the collision between a truck and a train on the Baltic Sea island of Usedom, at least two people were seriously injured and seven others were slightly injured. A total of 15 passengers are said to have been on the train. According to the police, the truck crossed a level crossing despite the half-barriers being closed and collided with a bathing train, which derailed. Despite braking, the train rammed and destroyed the semi-trailer truck in the rear third. The railcar jumped off the tracks. According to the officials, the property damage is estimated at around 1.2 million euros.

The seriously injured were passengers on the train, the 31-year-old truck driver was slightly injured in the accident near Koserow according to initial findings and suffered a shock. As the police in Neubrandenburg further announced, his vehicle should deliver to supermarkets. The charge was distributed throughout the accident site as a result of the collision.

Rescue workers from the fire brigade, police and aid organizations were deployed in large numbers. The rail traffic on the route of the baths railway was affected as well as on the main road that leads over the level crossing. Police said the cleanup would take several hours.

In addition, an expert, in consultation with the public prosecutor's office, began investigations into the course of events. The truck driver is now being investigated, among other things, for endangering road traffic and negligent bodily harm.

The railway line will remain closed for a long time because the track body was also damaged and needs to be repaired. The expert also checks to what extent the half barriers were already closed. Motorists have been asked to avoid the region as the B111 cannot be bypassed in the center of the island.

1 Reason probably Oktoberfest: seven-day incidence in... 2 Only two women: This is the smallest community in... 3 A sea of ​​flowers and teddies: London cleans... 4 Off for jungle camp icon: Dr. Bob gives Brits a basket 5 Bavaria: Cemetery: 13-year-old is said to have knocked... 6 Baden-Württemberg: ice hockey professional Gaudet... 7 Baden-Württemberg: Senior gets stuck with the car... 8 Baden-Württemberg: production hall on fire: arson... 9 Saxony-Anhalt: heating cost subsidy for around 26,000... 10 Saxony-Anhalt: Saxony-Anhalt wants to facilitate the... 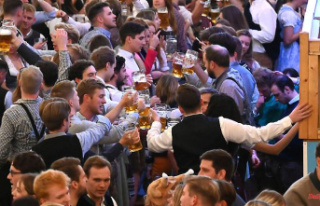