No casualties so far: China saves more than a million people from Typhoon "Muifa"

Typhoon Muifa is the twelfth tropical storm to hit China this year. 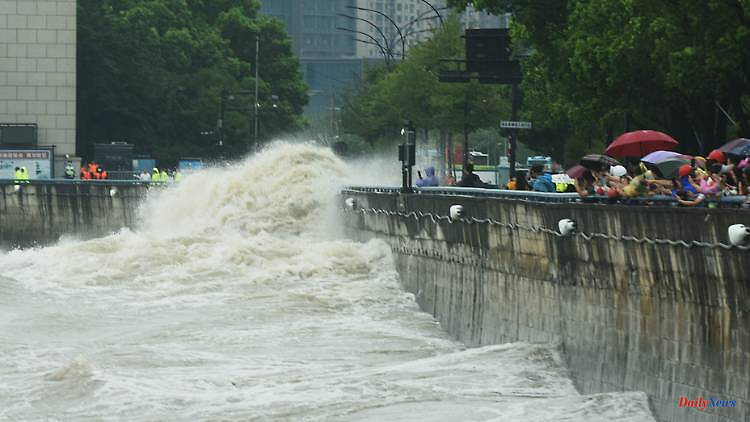 Typhoon Muifa is the twelfth tropical storm to hit China this year. On the east coast, more than one and a half million people have had to leave their homes and find accommodation in emergency shelters. The first tidal waves burst their banks.

Typhoon Muifa forced around 1.6 million people to leave their homes on China's east coast. The storm brought strong winds and heavy rain. The state broadcaster CCTV reported that "Muifa" was the first typhoon to hit the metropolis of Shanghai since weather records began in 1949. More than 25 million people live there.

At least 426,000 people were evacuated in Shanghai, according to CCTV, and another 1.2 million people were taken to emergency shelters in neighboring Zhejiang Province. The heavy rains caused flooding in several areas in the Yangtze River Delta and caused traffic problems. On Wednesday, all passenger flights to and from Shanghai were canceled due to the approaching typhoon. According to the Flightradar24 website, there were still no connections on Thursday morning.

In Hangzhou Bay south of Shanghai, "Muifa" caused huge waves. Chinese radio also reported a landslide in Ninghai County, Zheijiang Province. There were initially no reports of deaths or injuries from the storm. Because of "Muifa", work at the ports of Shanghai and Ningbo, which are among the largest container ports in Asia, has also been suspended. According to the port administration, operations should resume on Thursday.

"Muifa" is the twelfth typhoon to hit China this year. It follows Typhoon Hinnamnoor, which hit Shanghai and the surrounding region last week. The ferry service in Shanghai had to be suspended as a result, and schools were closed in parts of Zhejiang.

The US climate agency NOAA released a report this month that tropical storms had increased significantly in the past year. Scientists assume that the storms will become more intense and frequent as a result of climate change. 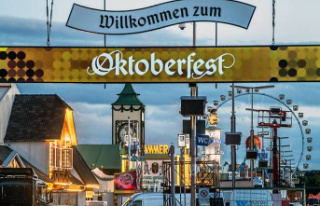