In Scandinavia, young people move out particularly early, in many southern European countries they are still living with their parents when they are over 30. 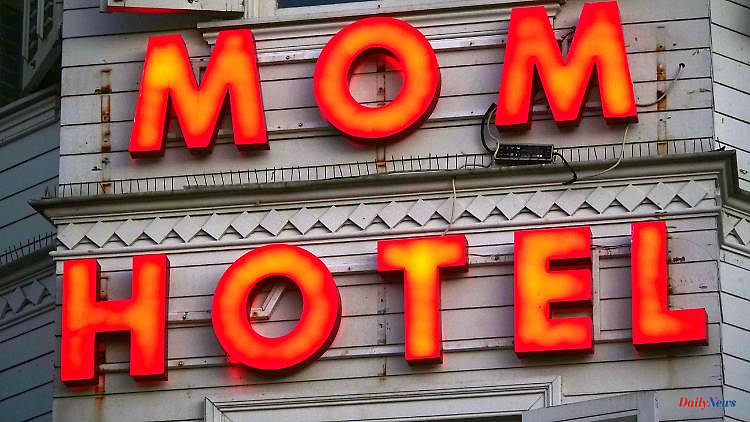 In Scandinavia, young people move out particularly early, in many southern European countries they are still living with their parents when they are over 30. The trend is changing in Germany - here young people are fledging more quickly.

Almost a third of young people in Germany no longer lived in their parents' household in the past year. "Despite rising rents and the corona pandemic, which have made this step more difficult in recent years, so many young people between the ages of 15 and 24 were literally standing on their own two feet in 2021 than in the past ten years," said the Federal Statistical Office in Wiesbaden.

A total of around 2.6 million people in this age group have already moved out, which corresponds to a share of 31.2 percent, as reported by the Federal Statistical Office in Wiesbaden. Ten years earlier it was only 2.4 million (27.5 percent). According to youth researcher Klaus Hurrelmann from Berlin, one can read as a trend that the time of nestling in Germany is over. "It's really remarkable: the decade-long phase of moving out of the parental home very late seems to be abating now." This has nothing to do with a worse relationship, on the contrary: "The very good relationship with the parents remains - all studies show that it is excellent." He sees it more as a signal that self-employment is becoming more important again.

According to the data, the sons still take a little more time than the daughters when moving out: 27.6 percent of the young men between the ages of 15 and 24 recently no longer lived in the "Hotel Mama", among the young women it was 35, 1 percent.

If you look at the Europe-wide figures, large differences become clear. Scandinavians fledge particularly early: the young Swedes moved out at the age of 19 on average, followed by the Finns and Danes (both around 21 years of age).

On the other hand, things are very different in the south of the continent: the Portuguese (around 34 years) were the latest, followed by the Croats (around 33 years). On average, young people in Germany leave their parents' home at the age of almost 24 - three years earlier than the EU average. According to the Federal Statistical Office, the number of young parents in Germany has fallen significantly within ten years. Only 2.4 percent of 15- to 24-year-olds had children in 2021 - i.e. 197,000 young fathers or mothers in this age group. Ten years earlier, there were 327,000 young fathers or mothers (3.7 percent).

"Starting a family and getting married is being postponed more and more," said expert Hurrelmann. Other statistics also show that women are always older when they give birth to their first child. Between moving out of the parental home and starting your own family, there is an increasingly longer phase of independence.

The Federal Statistical Office in Wiesbaden also announced current data on marriages in the younger generation. "Even fewer than parents in the 15- to 24-year-old age group are married or those in a civil partnership," it said. At the end of 2021, a new low of around 136,000 married people in this age group was reached. Ten years earlier, more than 246,500 were married or in a civil partnership.

The Federal Office published the data on the occasion of the "European Year of Youth", which the European Union has proclaimed for 2022. It aims to give young people a better voice with their opinions and ideas. In all areas (moving out, parenthood, marriage), the statisticians referred to the age group of 15 to 24 year olds - in Germany, however, marriage is only possible from the age of 18 by law.

1 "Permanent tingling in the stomach": Claudia... 2 Thuringia: Police stop speeders after a chase in Weimar 3 North Rhine-Westphalia: ten-year-old rescued from... 4 Mecklenburg-Western Pomerania: Schwesig advocates... 5 Baden-Württemberg: parachutist seriously injured... 6 Mecklenburg-Western Pomerania: Thieves steal almost... 7 Germany is experiencing a slump in consumption –... 8 Gas, lithium and Co. as a weapon - This is how the... 9 Western Balkans: Shots in the border region: why Kosovo... 10 This is the greatest love myth of modern times 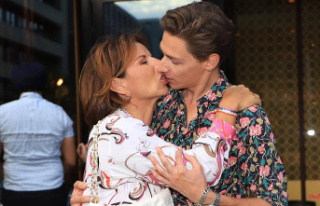 "Permanent tingling in the stomach": Claudia...