Just one day after the Taliban announced that they wanted to exclude women from universities, the ban took effect: security forces positioned themselves in front of Kabul universities and refused entry to female students. 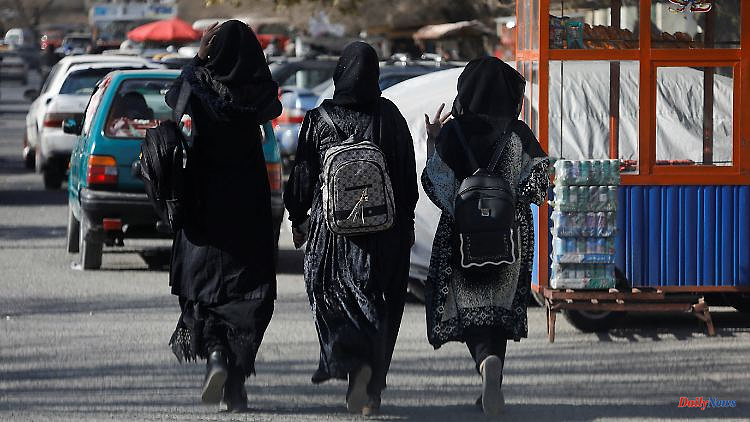 Just one day after the Taliban announced that they wanted to exclude women from universities, the ban took effect: security forces positioned themselves in front of Kabul universities and refused entry to female students. The UN is warning that this will have devastating consequences for the country.

A day after Afghanistan banned women from higher education, armed security forces barred hundreds of female students from universities in Kabul. "We're at the end, now we've lost everything," said a young woman, who declined to give her name, in the Afghan capital. The ban on the radical Islamic Taliban triggered outrage around the world.

"They want women to stay at home and have children. That's all, that's all they should do," said 21-year-old Setara Farahmand, who is studying German literature. The Taliban wanted to "abolish" women, she said. Male fellow students in Kabul showed solidarity. "It just shows how uneducated they are and how little they know about Islam and human rights," said one student about the Taliban, who announced the ban the day before.

Several hijab-clad women gathered in Kabul near universities whose doors remained locked. Most universities are currently on winter vacation, but have so far been open to staff and students. The Afghan Minister of Higher Education instructed all state and private universities on Tuesday to "implement the decree suspending education for women until further notice". A ministry spokesman had confirmed the ban.

US Secretary of State Anthony Blinken threatened the Taliban with consequences. "The Taliban cannot expect to become recognized members of the international community until they recognize the rights of all people in Afghanistan," he says. UN Secretary-General António Guterres was "deeply concerned". The denial of education not only violates the equality of women and girls, but will also have devastating effects on the future of the country, said his spokesman.

Pakistani Foreign Minister Bilawal Bhutto Zardari was more reserved. He was "disappointed" with the decision, he said during a visit to Washington. However, there is no alternative to the Taliban, it is important not to destabilize the region. Less than three months ago, thousands of girls and women across the country had sat university entrance exams. Many of them wanted to study teaching or medicine.

Since the radical Islamic Taliban took power in August 2021, the rights of women at universities have already been drastically curtailed: They had to use separate entrances, were not allowed to sit in lecture halls together with male students and were only allowed to be taught by women or old men.

In March, the Taliban banned girls from secondary school on the day school started. Since then, many young women have been married off, often to significantly older men, to ensure their sustenance. Many women have also lost their jobs in public administration. They are also no longer allowed to travel without a male companion and must cover their faces in public.

Since November, they have not been allowed to visit parks, amusement parks, gyms and swimming pools. When they took power again, the radical Islamic Taliban initially announced that they wanted to be less harsh than during their first rule from 1996 to 2001. However, the militia is now becoming more and more radical.

1 Honorary award from "Medium Magazin": Günter... 2 "Thanks to all paramedics": Take care of... 3 Baden-Württemberg: Man is seriously injured by shots 4 Baden-Württemberg: Göppingen extended with handball... 5 Saxony: Echo of the Saxon double household: praise... 6 Hesse: protests against Riederwald tunnel: BUND examines... 7 Bavaria: Special task force secures 800 grams of crystal... 8 Baden-Württemberg: State is suing for the costs of... 9 Saxony: Gojko Mitić will move to Neverland in 2023 10 Saxony-Anhalt: State sets up a reception center for... 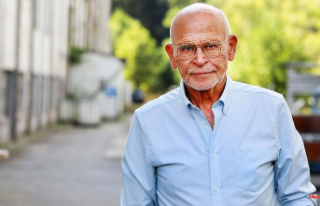