Numerous flight cancellations: almost two meters of snow - dead in a snowstorm in the USA

The "Lake Effect" causes heavy snowfall in the US state of New York. 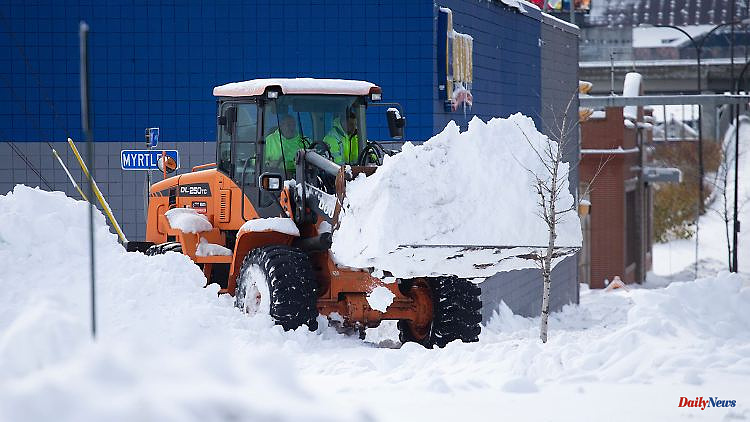 The "Lake Effect" causes heavy snowfall in the US state of New York. A state of emergency has been declared in parts of the state. Two people overdo it while clearing the masses of snow and die.

Heavy snowfalls wreak havoc in parts of New York State. The storm has already led to dozens of flight cancellations at Buffalo International Airport as well as road closures and driving bans in the west of the state, the broadcaster CNN reported on Saturday night. Two people died from heart problems while clearing snow in Erie County, county official Mark Poloncarz said on Twitter.

The National Weather Service reported that almost two meters of snow had fallen in the city of Orchard Park south of Buffalo by Saturday noon (local time). A state of emergency has been declared in parts of the state, Poloncarz continued.

In addition to New York, authorities and weather experts had also warned of the particularly dangerous storm in the US states of Wisconsin, Michigan, Indiana, Ohio and Pennsylvania. In Indiana, west of New York, the driver of a snow clearing vehicle had a fatal accident on Friday.

Authorities and weather experts had warned of a particularly dangerous storm. One reason for the onset of winter is the "Lake Effect". Extremely cold air sweeps over the Great Lakes in the north of the USA, whose water is considerably warmer. Moisture rises, is swept up in the airflow, and then snows in narrow bands of precipitation over land on the southeast side of the lakes.

Snowfall is forecast to continue on Saturday before easing on Sunday. It's the weekend before Thanksgiving, the American harvest festival. Along with Christmas, the holiday is one of the most important family celebrations in the USA. The volume of travel is particularly high during this time. 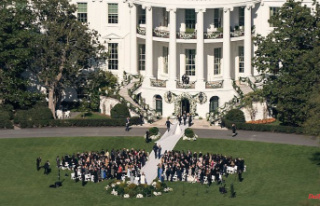