In the US city of Tempe, police officers are called to a reservoir because of a disturbance of the peace. 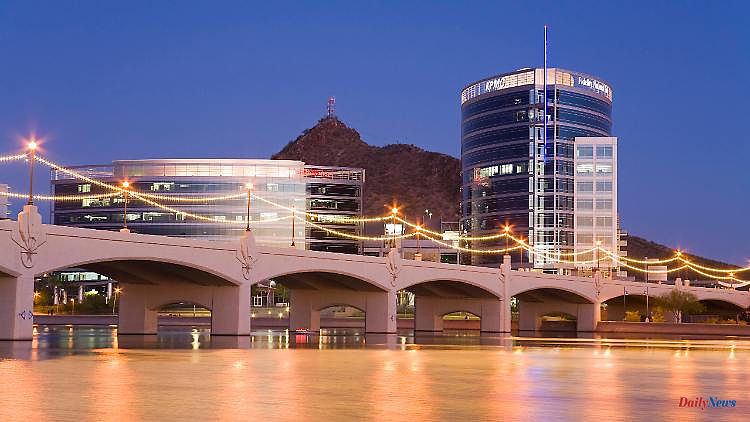 In the US city of Tempe, police officers are called to a reservoir because of a disturbance of the peace. At the scene, a man climbs into the water in front of the officers - and gets into trouble. Despite calls for help, the police officers did not come to the 30-year-old's aid.

In the United States, a man drowned in front of idle police officers. The man climbed into a reservoir in late May when officials wanted to question him, according to a video released Monday by Tempe, Arizona, officials. According to a transcript, the man called for help, but officers didn't respond.

Police had been called to the site at night after a couple had been making "noise". According to the announcement, they first questioned the man's 34-year-old partner. Then they also wanted to question the 30-year-old. As can be seen on the video, however, he climbed over a railing into the lake. Officials told him he was not allowed to swim in the lake, but he swam under a bridge.

Here the video ends; the authorities keep the other recordings under lock and key because they are too "sensitive". Instead, they released a transcript. It reads how an official calls down to the man: "What do you want to do now?" He replies, "I'm going to drown. I'm going to drown." The policeman replies: "But no".

A second police officer tells the man in distress to swim to a bridge pier and hold on to it. "I can't, I can't," says the swimmer. "I'm not going to jump after you," says the second officer. The police officers also do not respond to the man's girlfriend, who begs them to help her partner.

"Can you hear me?" are the last words attributed to the drowning man. Later, one of the police officers states that he "hasn't shown up for about 30 seconds". His body was recovered in the late morning. The three police officers have been suspended from duty pending the results of an investigation. According to the authorities, the deceased had no permanent residence. 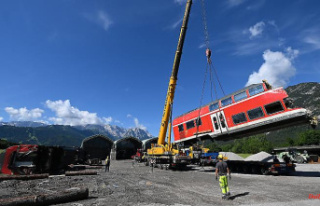 Dead in a train accident in Bavaria: investigations...