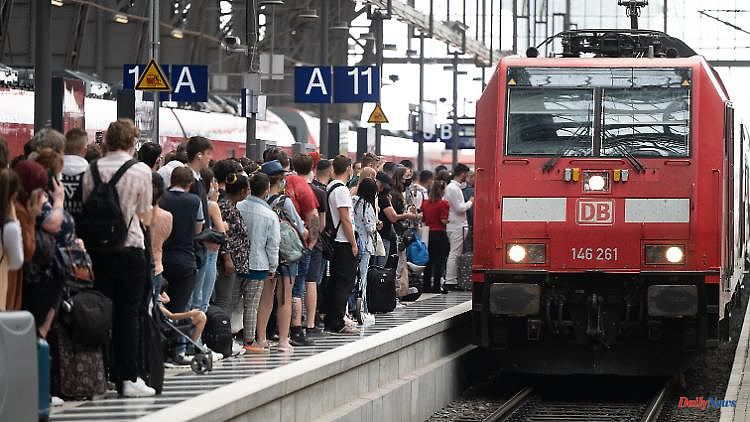 Busy rail traffic over Pentecost is normal. This year, the 9-euro ticket could fill the trains even more. An overcrowded train is stopped in Berlin-Gesundbrunnen. However, the greatest rush is expected on Whit Monday. Baden-Württemberg's Minister of Transport has a tip.

Overshadowed by the train accident in Bavaria, the first major wave of travel with the 9-euro ticket began on the Whitsun weekend. Nationwide there was a lot of activity on many platforms and in trains. According to the railway information, the operating situation was normal for a Pentecost weekend. Full trains are also expected in the coming days, especially on Whit Monday.

According to a report by rbb24, an apparently overcrowded train had to be stopped at Berlin-Gesundbrunnen station in the afternoon. Travelers were asked to get off the regional express in the direction of Rostock, as a railway spokesman told the portal. The Federal Police had also been called in to provide support. The train stood at the station for an hour before the journey continued.

The 9 euro ticket can be bought for June, July and August. This allows passengers to use local buses and trains nationwide for a month. Around seven million campaign tickets were sold by the time the campaign started. A particularly large number of passengers were expected at Pentecost. Many transport companies have already announced that it will not always be possible to take bicycles everywhere.

Baden-Württemberg's Minister of Transport, Winfried Hermann, called on travelers and day-trippers to remain calm and show consideration for others. Routes away from tourist highlights are also interesting.

Meanwhile, Deutsche Bahn is struggling with significant delays. In long-distance traffic, 62.7 percent of long-distance trains were on time in May, as a railway spokesman said. That's the lowest monthly reading since January 2010, when a snowy winter slowed trains. "Furthermore, construction sites have massively affected punctuality, especially in busy sections of the network." Numerous construction sites are also slowing down traffic at Pentecost.

This also affected regional trains. 92.3 percent of them arrived on time, the weakest figure so far this year. According to Deutsche Bahn definition, stops with a delay of less than six minutes are on time. Group CEO Richard Lutz had given up on Monday the goal of achieving 80 percent punctuality in long-distance transport with ICE, Intercity and Eurocity for the year as a whole. Last year, 75 percent of these trains were on time.

1 Seeon. A fire breaks out in an attic of a house 2 End of research in Brazil following the floods at... 3 The day of the war at a glance: Scholz leaves Kyiv... 4 Nations League! Nations League!: Flick's World... 5 Baden-Württemberg: Tsitsipas plays in Stuttgart for... 6 Baden-Württemberg: Ludwigsburg's basketball... 7 High mountains. Vallouise - Pelvoux: La Passa offers... 8 North Rhine-Westphalia: Two seriously injured after... 9 Boston Loves "Big Al" Again: The Miraculous... 10 Turn. To respond to an accident, 46 firefighters are... 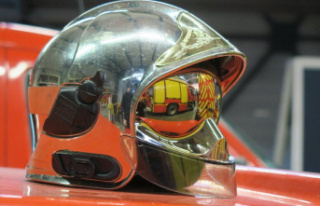 Seeon. A fire breaks out in an attic of a house