A Lufthansa plane has to make an emergency landing in Angola due to technical defects. 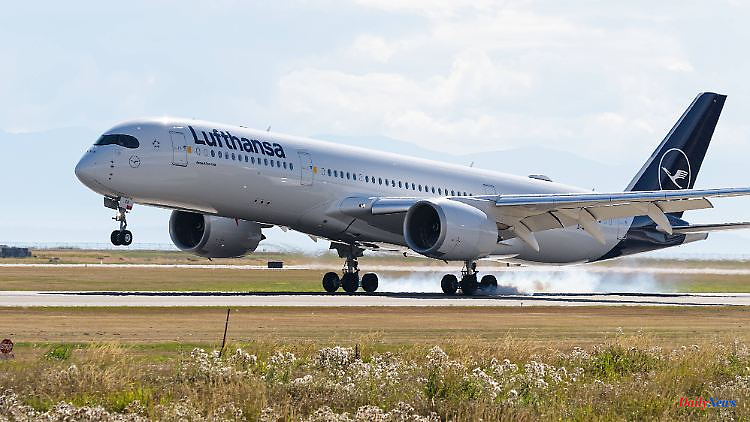 A Lufthansa plane has to make an emergency landing in Angola due to technical defects. Media reports of a fire in the engine. But after landing, the chaos begins for the more than 200 passengers.

A Lufthansa Airbus A350 made an emergency landing at the international airport in the Angolan capital Luanda on Saturday with more than 200 people on board. As a reason, the airline refers to "technical irregularities in an engine display". Flight LH575 was en route from Cape Town, South Africa, to Munich. As the "Stern" reports, there were many tourists and families from Germany on the plane. After the emergency landing, the passengers were then accommodated in hotels in chaotic circumstances.

One of the passengers reported to "Stern" that one should only have left the plane after hours of waiting. Since none of the passengers had entry or Covid documents for Angola, the Angolan military confiscated all the passengers' passports as a precaution. The overnight hotel stays for the stranded were easily arranged by Lufthansa, but the crane airline did not provide any information about the onward journey - "None of the answer, not a single email," said the passenger from Germany.

According to information from ntv.de, the passengers would have simply received new tickets from Lufthansa later with differently organized return trips. Lufthansa offered a passenger the earliest return flight on December 7th. A family with three children was given December 12 as the next possible return trip.

The cause of the emergency landing is still unclear. Angolan media reported that the flight crew discovered a fire in one of the engines. According to the Portuguese-language medium "Correio da Kianda", the crew asked for permission to make an emergency landing at around 2:18 p.m. The plane landed on the airport's main runway about 35 minutes after the emergency was reported. The fire department was already there.

According to the passenger, the German pilot informed the other passengers via on-board radio that an emergency landing would soon have to be made in Luanda and that the engines would have to be switched off for safety reasons. Accordingly, the machine landed after a spinning descent and without reverse thrust. The technical defects had already become apparent to the passengers, as there had been problems with the light inside the aircraft.

The article first appeared on stern.de. 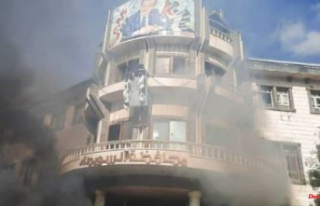