In the late morning, two masked men get out of their car in front of a Postbank branch in the Wilmersdorf district of Berlin. 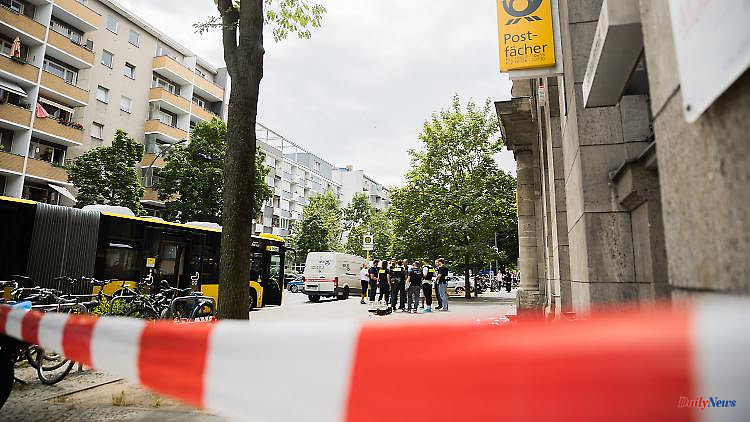 In the late morning, two masked men get out of their car in front of a Postbank branch in the Wilmersdorf district of Berlin. They steal several cashboxes from a van. Then they flee. Two bank employees and two security guards are injured.

A money transporter was attacked in the center of Berlin in the morning. Two bank employees and two security guards from the van were injured, a police spokesman said. According to the first findings, all four suffered minor injuries. Three of them were taken to the hospital for further care. The perpetrators are on the run.

According to the police, the robbery happened around 11:15 a.m. in front of a Postbank branch on Uhlandstrasse in the Charlottenburg-Wilmersdorf district. Two robbers are said to have sprayed tear gas during the attack. According to the "Bild" newspaper, at least one of the perpetrators was armed. Several shots were fired in the air.

After the crime, the perpetrators are said to have fled with their loot in a vehicle. According to the "Bild" newspaper, it was a black Audi. The police cordoned off the crime scene and secured evidence.

There have been a number of robberies on money transporters in Berlin in recent years. In February, strangers struck in front of a supermarket in the Neukölln district and stole money. They escaped on scooters.

A robbery of a money transporter in front of a bank branch on Berlin's Ku'damm in 2021 was spectacular: the perpetrators wore orange garbage man clothing and stole almost 650,000 euros. The court sentenced a man to seven years in prison, but four of the perpetrators have not yet been identified. 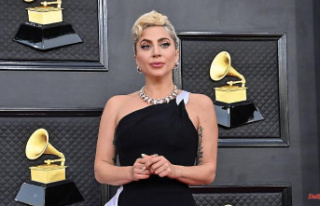 Lured with a fat check: Lady Gaga sings at a billionaire's...