Climbing onto a freight car at night, taking a quick selfie and being celebrated on social media - the railways and the police are fighting a sometimes deadly trend with prevention teams. 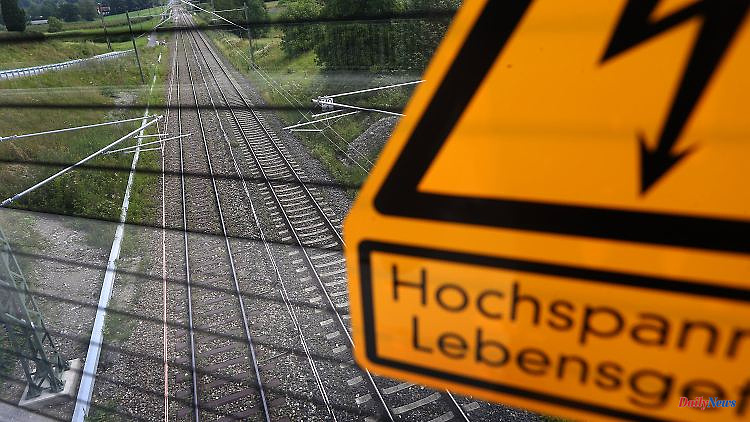 Climbing onto a freight car at night, taking a quick selfie and being celebrated on social media - the railways and the police are fighting a sometimes deadly trend with prevention teams. Because many young people do not realize how dangerous such actions are.

The two young men risk their lives for a selfie in the middle of the night. They climb onto a freight car near Kaiserslautern. When one of them straightened up, he probably got his arm caught in the overhead line and suffered a severe electric shock. This is what the federal police reported in the summer after questioning witnesses. The 17-year-old is thrown from the wagon and remains motionless on the ground. Paramedics resuscitate him. He's badly injured.

Such accidents are far from being isolated cases in Germany. Almost every month, children, young people and adolescents, but also adults, have an accident because they came too close to an overhead line, according to a spokeswoman for the federal police in Potsdam. "The causes of these accidents are usually climbing on freight cars and power poles or surfing on the S-Bahn." The federal police attribute a "predominant part of the accidents" to the fact that someone wanted to take a selfie of themselves or a photo on a railway wagon - partly because of a test of courage or simply out of recklessness. "Almost all accidents ended in serious injury or death," says the spokeswoman.

Adrian lost his friend in such an accident. The two young people climbed onto a goods wagon in the Deggendorf district in Bavaria in 2019. Then the electric shock. Adrian survived badly injured. "I don't know how the accident happened. The day is gone," he told Bayerischer Rundfunk a year later, still visibly moved. He had to learn to walk again. "In the intensive care unit, I always wanted to give up."

How can such accidents be prevented? Putting a fence around all railway facilities is simply not possible from the railway's point of view because of the many stations and the huge track network from the North Sea to the Alps. Relatives of children and young people who have had an accident have been demanding this for a long time and are not satisfied with warning signs and posters. A railway spokeswoman makes it clear: "It is forbidden to enter railway facilities."

The railways and the federal police mainly see one way to ensure that fewer people lose their lives or suffer serious damage to their health: education. "Since April last year we have increased our educational efforts again," says the spokeswoman for Deutsche Bahn. Six prevention teams are on the road nationwide at train stations, track systems, in schools and kindergartens. "The common goal is to prevent accidents by providing information at an early stage."

On a rainy September day, the sixth-grade students of the secondary school in Gröbers in Saxony-Anhalt are standing on platform 8 of the main train station in Halle. Many of the twelve-year-olds rely on the train to get to school, says teacher Maxi Klupsch. Bastian Peter is one of Deutsche Bahn's prevention officers. He explains to the students the dangers of the power lines and railway tracks when the ICE 703 arrives. It's all about the pull effect of moving trains. According to Peter, many young people underestimate the danger of taking selfies on the tracks or of trains rushing by, as well as climbing on stationary wagons.

"Up to 15,000 volts flow through the power lines. You don't even have to touch the lines to get a shock, with life-threatening consequences," warns the 34-year-old. "That's 65 times more than in the socket at home," says the spokeswoman for the federal police in Potsdam. Electric shocks happen when the minimum distance of 1.50 meters is not maintained. "Electricity is capable of skipping the air and reaching the earth in an arc via the body," warns the federal police in a flyer. The human body, which consists of two-thirds water, is then the "conductive object". "Anyone who thinks that climbing on train wagons is cool and harmless is very wrong," they say.

And yet the danger is "often completely underestimated in most cases out of ignorance," admits the spokeswoman. The police know only too well that railroad facilities and railroad cars are "tempting places to be". The mobile phone is ready to hand. A selfie is taken, which is uploaded to social networks such as Instagram. This usually gets a lot of likes. "Those then enjoy more respect," says media psychologist Frank Schwab from the University of Würzburg. Because many witness these daring actions via cell phone, this leads to a gain in status. According to the expert, a higher reputation is easier to achieve in this way than if someone drew attention to themselves with a prank in front of the school class. "Where there used to be 10 positive feedbacks, there are now 10,000."

But with photos and selfies on the ladder of a tank car, according to Schwab, children and young people are not only endangering themselves: "This leads to the idea being imitated." However, friends and acquaintances could take countermeasures if "others find self-portrayal uncool and adopt a different attitude". In three quarters of all cases, it is men who take the risk. "Men have a clouded perception of risk," says Schwab. It starts with puberty and ends with starting a family, which then also affects testosterone levels.

In Halle, 12-year-old Paul listens to what the railway prevention expert is saying. He says his parents taught him a lot. Some of his friends had already walked across the tracks. "I'll tell them how dangerous it is." 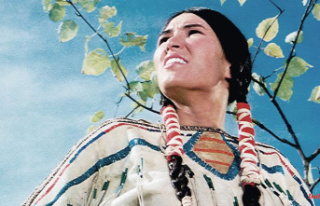