Heavy thunderstorms with gusts of wind and heavy rain are moving over the Austrian state of Carinthia during the night. 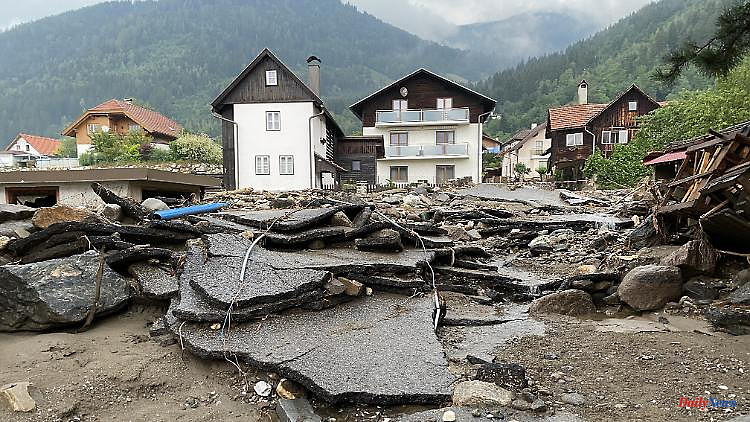 Heavy thunderstorms with gusts of wind and heavy rain are moving over the Austrian state of Carinthia during the night. Two streams become raging rivers, boulders and mud roll through several villages. Many buried people are feared.

Strong thunderstorms have led to several mudslides in Austria. The area in the federal state of Carinthia is most severely affected. There the Pöllinger and the Treffner Bach burst their banks. In the communities of Treffen and Arriach, a civil defense alarm was raised during the night. Authorities told local residents to stay indoors and, if possible, go to the first floor for safety. The ORF reported on several enclosed households.

The Austrian media spoke of the worst flooding in 30 years. The overflowing rivers brought debris, uprooted trees and mud with them. Life is dangerous outdoors. According to the mayor of the Treffen community, a crisis management team has already been set up and the army has been requested. In addition, forces from the Red Cross, mountain and water rescue services and the 30 fire brigades in the area would be called in.

According to the ORF, the town of Arriach is temporarily cut off from the outside world and cannot be reached by the emergency services. It is currently only possible for them to get through with heavy equipment. There are several missing person reports. According to the “Tiroler Tageszeitung”, a police helicopter started reconnaissance flights in the morning. In the town, the hurricane gusts reached a peak of 129 kilometers per hour on Tuesday evening. 117 liters of rain fell within 12 hours.

Heavy storms with heavy rain and gusts of wind also hit the city of Villach on Tuesday afternoon. Around 7,500 households around Villach and in the area are currently still without electricity. All beach baths on Lake Wörthersee were cleared, boats were asked to call at piers.

According to the Austrian Federal Railways (ÖBB), train traffic between Villach and Sattendorf is restricted. "The lockdown is expected to last until the end of business," it said in a tweet. Pupils in Carinthia are released from class because of the storm.

1 Abortion verdict discussed: Meghan: Prince Harry is... 2 Group chats make them "crazy": Lena Meyer-Landrut... 3 "God save me": Travis Barker is in the hospital 4 Consumption in apartment buildings: Influence on overhead... 5 Aldi, Lidl, Netto, Penny ...: These are the deceptive... 6 Judgment on sole claim: What will happen to the marriage... 7 100 euros in July: when is the child bonus on the... 8 Near giant black hole: disinfectant discovered in... 9 Concern about spread: polio viruses discovered in... 10 Saxony: Carriers are desperately looking for educators... 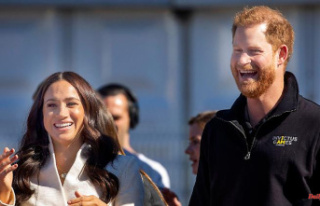