Plea in the terror trial: Several years in prison for Franco A. demanded

After more than a year, the trial against Franco A. 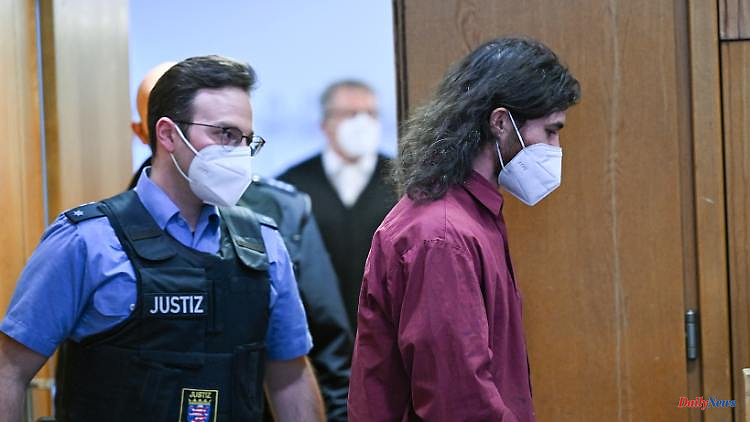 After more than a year, the trial against Franco A. is about to end. The Bundeswehr officer pretended to be a Syrian refugee in February 2017 and is said to have planned several attacks. The federal prosecutor sees the 33-year-old as a "right-wing terrorist".

In the trial against the terrorist suspect Franco A., the prosecution demanded a prison sentence of six years and three months. Accordingly, the 33-year-old is said to have prepared a serious act of violence that endangers the state. Franco A. is "a right-wing terrorist" who has planned attacks on the lives of high-ranking politicians or public figures, said a representative of the federal prosecutor's office in front of the Frankfurt Higher Regional Court. He is also accused of violations of the War Weapons Control Act and fraud.

The Bundeswehr soldier from Offenbach, who is currently on release from service, assumed a false identity as a Syrian refugee and obtained goods and services in this context. Franco A. was arrested at Vienna Airport in February 2017 when he tried to get a loaded pistol from a hiding place in an airport toilet. It is not yet clear where the weapon came from and what he planned to do with it.

The federal prosecutor's office assessed in favor of the accused, among other things, that he had no criminal record and that he had confessed to the fraud. Also, the attack plans had not progressed very far, for example in terms of time and place. As possible victims of the attack, he considered the then Minister of Justice Heiko Maas from the SPD, the Green politician Claudia Roth or the founder of the Amadeu Antonio Foundation, Anetta Kahane. He had already spied on the latter in Berlin.

Federal prosecutors left open whether he assumed the identity of a Syrian in order to suspect an attack on refugees and to shake confidence in asylum policy. This cannot be said with certainty, said a court spokeswoman. According to the prosecution, Franco A. also possessed various weapons without permission and, for example, took ammunition from the Bundeswehr stocks.

The federal prosecutor's office also spoke of a nationalistic, anti-Semitic and xenophobic attitude on the part of the accused, which he described extensively in his master's thesis, among other things. He also owned numerous Nazi memorabilia and thought about founding a "Central Council of Germans". Franco A. and his defense attorneys, on the other hand, spoke of misunderstandings during the process and explained that he wanted to clarify grievances in the asylum procedure.

The representative of the federal prosecutor explained in her plea that the accused had lied during the proceedings and tried to cover up the obvious motives for his actions. In his testimonies, he also managed to collect and compile evidence against himself. She also spoke of his "tangled thoughts".

Last Monday morning, the defense and the accused were still dealing with the last applications for evidence. The 33-year-old commented, among other things, on weapons, including machetes, that had been found on him. These were to protect those around him, so that his relatives could defend themselves in the event of a civil war "if any hordes come in," he said.

He also justified the use of false addresses and personal details. This is due, among other things, to the fact that he has always dealt with personal data restrictively. And the "alias personality" David Benjamin was not linked to an attack plan, but to going through the asylum process.

After more than a year, the court case is now coming to an end. The defense attorneys and the accused are expected to speak on June 24th. The verdict is expected on July 5. Franco A. was free in the meantime, but has been in custody again since February.

1 Conditions not met: Fynn Kliemann is threatened with... 2 Murder in the Amazon: Boat found by slain journalist 3 Murder case from 1981: Frederike's father dies... 4 Case numbers are going downhill: How bad was the spring... 5 Court upholds marriage ban: homosexuals in Japan suffer... 6 It can happen to anyone: Why male depression is recognized... 7 Listen to nature for 90 minutes: hiking in the Wadden... 8 "They look like mine": potted vulvas and... 9 Trauma and hidden talents: How school experiences... 10 Ladiges is cooking: Poultry is now on the grill 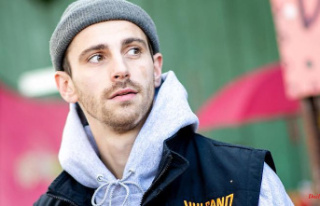 Conditions not met: Fynn Kliemann is threatened with...