Police are looking for a rocker scene: a businessman shoots a 36-year-old in Dinslaken

A 36-year-old man died after being shot in Dinslaken. 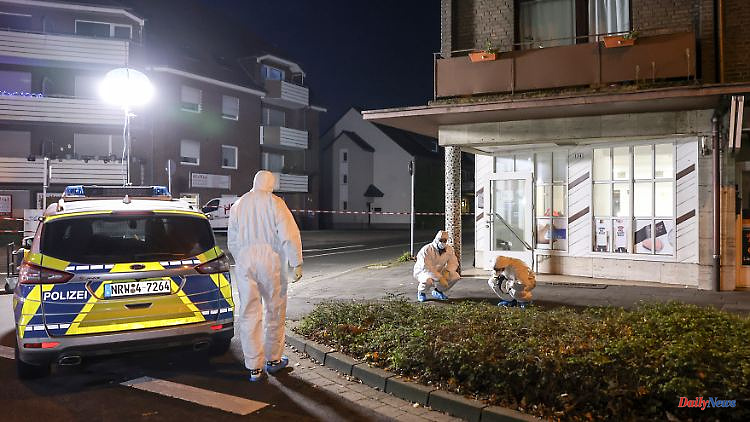 A 36-year-old man died after being shot in Dinslaken. He is said to have previously robbed a printing shop. The owner of the shop speaks of self-defense, he was attacked. The police are checking whether there is a connection to the rocker milieu.

A man died after being shot in a shop in Dinslaken in North Rhine-Westphalia. The 47-year-old business owner said he was attacked by three strangers in his printing shop and sprayed with tear gas, police and public prosecutors in Duisburg said. He defended himself against the attackers with a firearm. The business owner met a 36-year-old who was seriously injured. He received emergency medical attention but died in hospital shortly after the afternoon incident.

The 47-year-old was arrested, according to the police spokesman. His interrogation continued into the evening. The man stated that the two other strangers had fled. They were wanted. According to the information, they were not caught in the evening. A witness heard shots in the afternoon and alerted the police. A homicide commission took up the investigation.

It is not yet clear where the 47-year-old got the gun and whether he owned it legally. He is said to have connections in the rocker milieu. According to information from the "Bild" newspaper, the man is a former member of the Hells Angels.

The crime scene in the district of Wesel was cordoned off over a large area and traces secured. "There are a lot of police officers on site," said the spokesman. Little was known about the person who was killed shortly after the shots were fired. "Nothing is known about him yet, not even whether he has ever had a criminal record."

The current shooter was shot at in January of this year when he came home after a wedding party. Unknown persons are said to have fired over the fence several times with an automatic weapon. Only one projectile hit the man, penetrating his shoulder, reports the "Bild" newspaper. 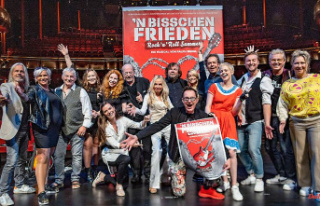