For 2023, a billion minus is expected for the statutory health insurance companies. 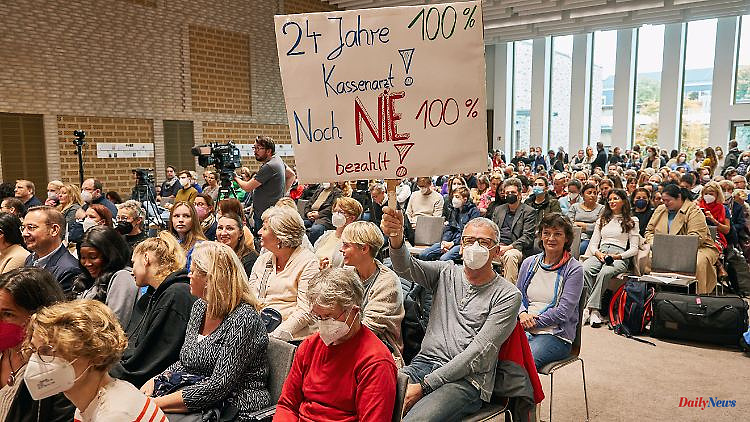 For 2023, a billion minus is expected for the statutory health insurance companies. Health Minister Karl Lauterbach therefore wants to introduce austerity measures. However, panel doctors warn of drastic consequences for patients.

Hundreds of panel doctors have protested in several federal states against the austerity plans of Federal Minister of Health Karl Lauterbach from the SPD. Numerous practices therefore remained closed or restricted their operations. The leading association of specialist physicians in Germany had nationwide under the motto

With the entry into force of the Appointment Service and Supply Act 2019, the practices expanded their consultation hours and the range of appointments and invested in additional services, said the Hamburg radiologist and local leader of the protest campaign, Andreas Bollkämper. In return, the fees for new patients were paid without deductions. If this regulation is now removed, it will inevitably lead to a worse offer for the patients.

According to the Hamburg Association of Statutory Health Insurance Physicians, more than 1,200 panel doctors and employees from practices took part in Hamburg alone. Resident doctors and psychotherapists also protested in Schleswig-Holstein and Lower Saxony. The North Medical Association assumed that hundreds of practices in Schleswig-Holstein would take part. The Lower Saxony Medical Association declared its solidarity with the protesters.

In Baden-Württemberg, physicians from 300 practices opposed the planned change, said the deputy head of the Medi medical association, Norbert Smetak. "Patients will get appointments less quickly and will have to wait longer." New patients are people who have not visited a practice for more than two years. If you are referred to a specialist, you are also a new patient there.

The background to the turnaround is that the statutory health insurance funds are expected to fall by 17 billion euros in 2023. The abolition of the fee regulation for new patients in practices is part of a planned financial package to compensate for this billion-dollar deficit. In addition, an additional federal subsidy of two billion euros, a reduction in financial reserves at the health insurers and a contribution from the pharmaceutical industry are planned.

1 Number 1 for videos: The iPhone 14 Pro has the second... 2 Baden-Württemberg: Croatian Sosa back in Stuttgart... 3 Bavaria: 87-year-old drives on the Autobahn with an... 4 Mecklenburg-Western Pomerania: woman stabs partner... 5 Hesse: Online survey on the House of Democracy in... 6 Baden-Württemberg: Run over a wolf from the Alps... 7 Thuringia: trainer in custody: suspicion of serious... 8 Hesse: After homophobic attack on man: suspects determined 9 North Rhine-Westphalia: Arrests after riots by Cologne... 10 Hesse: Driver recorded toddler: boy seriously injured 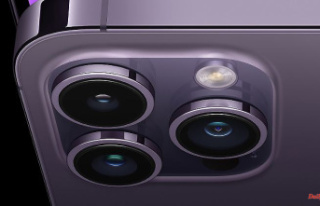