An ex-aide to Prince Charles, a former chief executive of a royal charitable organization, resigned temporarily amid reports that he had helped secure a Saudi donor's honor. According to The Sunday Times and Mail on Sunday, Michael Fawcett coordinated support in honoring Mahfouz Marei Mubarak Bin Mahfouz, a Saudi businessman.

According to The Times, the businessman donated more than 1.5million pounds ($2.1 million) of his wealth to The Prince's Foundation in order to finance heritage restoration projects that Charles would be interested in. This included Charles's residences.

According to the report, Charles presented Mahfouz an honorary CBE (Commander of the Most Excellent Order of the British Empire) at a private ceremony in 2016. The Saudi denied wrongdoing.

According to the Prince's Foundation, Fawcett has offered to temporarily take over as chief executive of the organization while an investigation is underway. Fawcett is expected to assist in the investigation.

Fawcett started his royal service as a footman for Queen Elizabeth II in 1981 and was later promoted to assistant valet.

He was charged with selling royal gifts that were not wanted, but he was cleared of any financial misconduct. While he resigned as valet, he continued to work as an event planner for Charles. 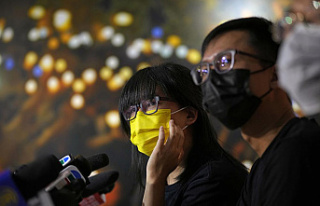