Rain and wind instead of flakes: Winter still shows no teeth

Even in the new year, the winter shows itself without strength and hardness. 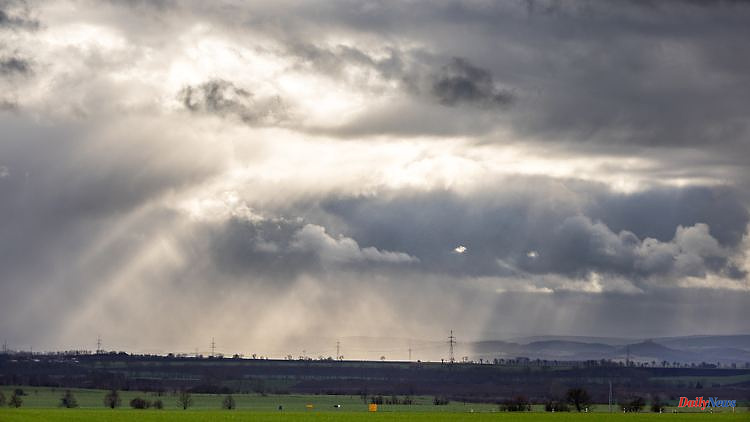 Even in the new year, the winter shows itself without strength and hardness. It becomes even milder and stays wet. Not everything has been decided for the traditionally coldest time between January and February. But allergy sufferers must reckon with premature pollen flight.

ntv: It seems as if the winter has already shot its powder in December. Is there anything else to come in terms of snow and cold?

Björn Alexander: Not for the time being. Because the rather mild westerly current will initially determine the weather. More rain and wind are also in sight. The events are most likely to be seen in winter only on the mountains, where there are temporarily flakes in it.

Some of the weather computers have more excitement about winter on their screens in the last third of January and in February. The experimental long-term forecasts of the American weather service NOAA also rate February as above-average. But not nearly as much too warm as January. And of course, the so-called high winter, which is usually the coldest time of the year, awaits us at this time. In addition, there is no indication that would prevent winter advances in January or February after a cold phase in December.

How far away is winter from us?

It's actually right on our doorstep. Namely in Scandinavia, where today it was like minus 8 to below minus 20 degrees in the day. And in Eastern Europe, too, a massive cold wave with temperatures below minus 20 degrees is looming in the near future. Only the stormy and extremely encroaching Atlantic together with westerly wind drift prevent the cold from getting to us. On the other hand, of course, this saves our heating costs.

No winter here - lots of rain in Australia. What's going on there?

Extreme amounts of rain have triggered a flood of the century, especially in western and north-western Australia. This particularly affects the Kimberley region. It is very popular with tourists and is significantly larger in area than Germany. The floods are triggered by the foothills of tropical storm "Ellie" - sometimes with 24-hour rainfall of over 150 liters per square meter. For comparison: That alone corresponds to a good third of Magdeburg's annual precipitation. Thunderstorms, some of which are severe, are also currently on the east coast of Australia, with the corresponding potential for damage.

What weather can we expect in Germany in detail?

In the north there will be heavy rain again on Friday, before the sun will come into play later from the west. In the meantime, it's nicer in the south and south-east anyway, and it's also sunny in the Alps. The whole thing in a windy, mild 7 to 13 degrees. Attention those with allergies - the pollen from hazel and alder is sometimes already on the way. About two weeks earlier than usual.

What will the weather bring us on Saturday?

A brief calm and also in the north only a few showers. It is friendliest in the south - away from the sometimes thick fog. In addition, we can expect between 5 degrees in the permanent fog and 12 degrees on the Rhine and Ruhr.

The next rain clouds are gathering in the west and south-west, along with an increasing wind. Before that it will be even nicer, föhn in the Alps, with similar daily highs as before of 5 to 12 degrees.

New rain - also in the next week?

Definitely - although in the rainy south there are more flakes mixed in. The snow line drops from initially over 1000 meters to about 800 meters. And snow showers are also on the way in the low mountain ranges. At least a little hint of winter.

The one that lasts longer?

On Wednesday, the weather models indicate a further improvement, before the second half of the week tends to be wet and cold. This gives the winter, especially in the mountains, more opportunities.

How much rain do we have to expect in the near future?

Depending on the weather model, 20 to 40 liters per square meter are quite conceivable within the next ten days. In congested areas of the western low mountain ranges, it is likely to get even wetter with up to 80 liters. In the direction of the Black Forest, up to around 100 liters per square meter or significantly more cannot be ruled out. From the point of view of nature and the water balance, this is definitely a belated Christmas present that is also sorely needed at the same time. 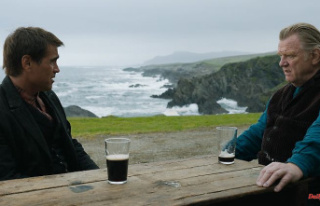 "The Banshees of Inisherin": Not a friend,...