The German bishops sit between all chairs. 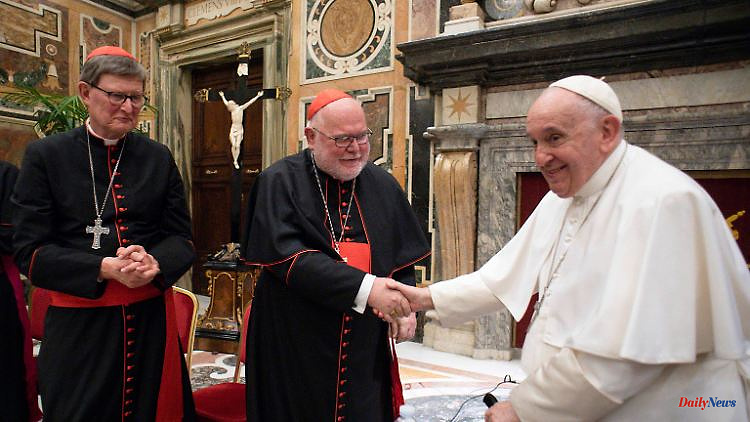 The German bishops sit between all chairs. At home they are supposed to promote reforms, in Rome they are seen as divisive elements that have fallen away from Catholic teaching. During a mandatory visit to the Vatican, they speak to the Pope. He's not a fan of the synodal path.

During a visit to the Vatican, the German bishops spoke to Pope Francis about the synodal path. "The two-hour meeting took the form of an open discussion, in which the bishops could raise their questions and topics and the pope answered individually," said the German Bishops' Conference (DBK). It was also about the topics of pastoral care or the commitment of lay people in the church. The bishops were as part of their ad limina visit to the Pope - the mandatory visit by bishops to the Vatican every five years.

The German bishops want to continue talking to the heads of important Vatican authorities on Friday about the synodal path - the controversial reform process in the German Catholic Church - and the global synodal process initiated by Francis.

The Holy See observes the plans in Germany, for example to allow women in higher church offices, with great distrust. Most recently, at the end of his trip to Bahrain, the Pope warned against secession from Rome and accused the German Catholics of striving for another evangelical church. In order to overcome the church crisis in Germany, Catholics should reflect on the roots of their faith. With a clear reference to the synodal path, Francis criticized: "And then we fall into purely ethical debates, into discussions in accordance with the current zeitgeist, into church-political discussions, into discussions that do not come from theology and do not get to the core of theology."

Proponents of the reforms, on the other hand, maintain that the Church must adapt more to social reality and see themselves partly confirmed in Francis' global synodal process. To do this, the bishops' conferences of the world had to submit answers to a catalog of questions from which it emerged that other Catholic communities in the world also have similar desires for reform.

Another topic of the bishop's visit could be the unresolved personnel question about Cardinal Rainer Maria Woelki in the Archdiocese of Cologne. Francis has received his resignation request. However, it is unclear whether and when he will accept it and the controversial archbishop will resign in Cologne. 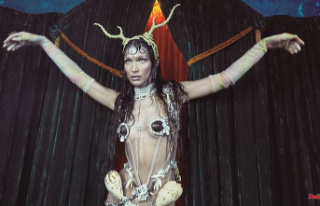 "Love Letters to the Muse": The Pirelli...