Released from custody: Mallorca cone brothers are back in Germany

Just a few hours after their release from custody on Mallorca, eight men ended up back in Germany. 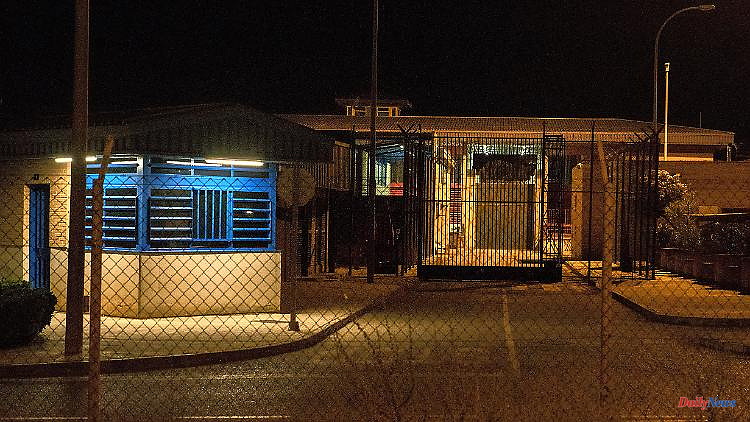 Just a few hours after their release from custody on Mallorca, eight men ended up back in Germany. They are greeted by family and friends. However, the twelve cone brothers are not completely off the hook - they could still be convicted.

The last of the eight Germans accused of arson in Mallorca were only released from the island prison late in the night. They had to stay there for almost two months. Only a few hours later they were already on a scheduled flight home, as the German consul Wolfgang Engstler confirmed. According to the "Bild" newspaper, they were overjoyed by relatives and friends at Münster/Osnabrück Airport.

The hobby bowlers from the Münsterland were allowed to leave the prison one after the other late on Friday evening. Relatives, friends and lawyers waited in front of the detention center for more than seven hours and hugged her with relief. The Germans spent the few hours before their return flight to Germany early on Saturday morning in the evangelical community center in Palma, as the "Mallorca Zeitung" reported. The pastor couple Martje Mechels and Holmfried Braun, together with the parish secretary Catalina Vallespir and Consul Engstler, looked after the Germans during the long weeks in prison.

At the request of the defense, a judge had previously granted release on bail of 12,000 euros each. All transfers arrived in time for the weekend, saving the Germans another two-day extension behind bars. However, as the suspects continue to be accused, the Germans must comply with future requests from the Mallorcan judicial authorities and, for example, also report the change of habitual residence immediately, as the judiciary of the Spanish holiday island announced.

The Germans, almost all of whom are under 30, didn't say a word to the media representatives who had stayed in the inhospitable area of ​​Palma in front of the prison until the end. Before the release, however, a defense team lawyer said the "boys" were all very "excited" and "happy". "They come out with their heads held high," he announced.

The Germans are accused of starting a fire near the Ballermann on Playa de Palma on May 20, shortly after their arrival on the island. They are said to have thrown burning butts and alcohol from the balcony of their hotel room onto the thatched roof of the terrace of a restaurant below. The roof caught fire. Two restaurants, an apartment and parts of the restaurant were damaged. Several people suffered minor injuries.

Tourists have denied setting the fire since day one. Nevertheless, the investigating judge saw them as urgent suspects and had so far refused to release them on bail - also because he saw a risk of absconding. But the man could not decide on the new application from the defense on Friday. According to the Mallorcan judiciary, he was not available. According to the island media, he is on vacation. He was replaced by a judge, who granted the request.

Island connoisseur Ciro Krauthausen, longtime editor-in-chief of the "Mallorca Zeitung", hinted at a skilful move by the lawyers: They "knew how to use the investigating judge's absence". The Spanish lawyer Maria Barbancho Saborit, who was recently hired to reinforce the German-Spanish defense team, played an important role in the surprising turn of events. In the past few days, she had, among other things, obtained a photo as exculpatory evidence, on which a smoking stranger can be seen on the balcony of the group's neighboring room, who could also be the perpetrator.

This photo contributed to the fact that the public prosecutor's office in Palma first spoke out in favor of the release of the young men baptized by the German media as "bowling brothers", explained Barbancho Saborit. The 31-year-old spent three years in Heidelberg during her studies and speaks fluent German. Investigations and detention periods in Spain can sometimes take several years.

The group originally consisted of 13 vacationers. One of them was released without conditions the day after the fire. He had been able to prove that he was in the shower when the fire broke out. Four other suspects were also allowed to leave the prison in Palma after about two and a half weeks after paying bail of 12,000 euros each. According to reports, they were allowed to leave Mallorca.

However, the twelve cone brothers are not completely off the hook. The investigations continue. If the Germans are charged and found guilty of negligent arson, they could face between one and three years in prison, lawyers said. In the case of intentional arson, prison sentences of up to six years are provided. In the case of intent and endangering human life, the verdict could also be significantly sharper.

1 To reduce energy costs: what to do with oil or gas... 2 Thuringia: The risk of forest fires in Thuringia is... 3 Thuringia: Office for the protection of the constitution... 4 Saxony: forest fire broke out in the Saxon Switzerland... 5 Business Safety Trends for 2022 6 Speed ​​limit against nuclear power plant runtime:... 7 British intelligence: Kremlin uses Wagner mercenaries... 8 Threatening Zoff because of financial policy ?: FDP... 9 Prepare for extreme weather: Medical association calls... 10 Onward transport in seven days: the gas turbine should... 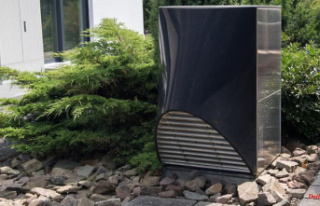 To reduce energy costs: what to do with oil or gas...