In Germany it will be hot in the coming days. 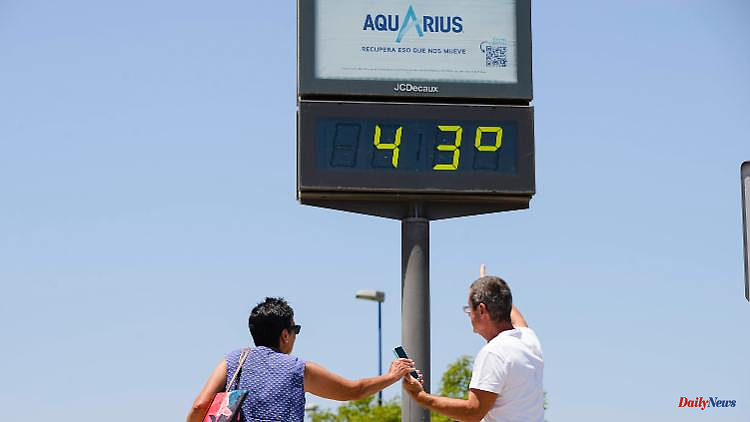 In Germany it will be hot in the coming days. However, it is getting hotter in Spain. The holiday country will easily crack the 40 degrees. Only on the coast is it a bit "cooler", but up to 35 degrees are still possible there.

Only around three weeks after the first severe heat wave, the inhabitants of Spain are groaning again under temperatures that are unusually high even for the sunny country in July. The new heat wave will peak between Tuesday and Thursday with temperatures of up to 44 degrees, the Aemet weather service warned. In 13 of a total of 17 of the so-called autonomous communities, the alert levels are yellow, orange and, in some cases, red.

The center and southwest of the holiday island of Mallorca are also affected with the "Ballermann", where up to 36 degrees in the shade were to be expected on Tuesday, according to Aemet. In the cities, people sought refuge from the heat in wells, ice cream parlors and fully air-conditioned shopping centers in the early morning, as reported by the media.

In Madrid, for example, the mercury column should climb to 39 degrees on Tuesday, 41 on Wednesday and even 42 degrees on Thursday. 44 degrees were predicted for Thursday in the Tajo Valley southwest of the capital. According to Aemet, it should only be relatively "cool" in the next few days with maximum temperatures between 25 and 35 degrees on the Atlantic and Mediterranean coasts.

According to Aemet spokesman Rubén del Campo, heat waves are constantly increasing in Spain. This is due to human-caused climate change. The absolute record was only measured last August in Montoro in Andalusia: 47.4 degrees. Del Campo warns that the 50-degree mark will soon be reached.

In combination with a drought that has lasted for weeks and strong winds, the heat is promoting the outbreak and spread of forest fires. The currently worst fire is raging in the municipality of Las Hurdes in the west of the country, not far from the border with Portugal. Around 400 people had to leave their homes threatened by the flames on the orders of the authorities, the state television broadcaster RTVE reported today.

1 More dangerous than bicycles: 89 older people died... 2 Welthungerhilfe is sounding the alarm: around 811... 3 Record number of centenarians: Germans are getting... 4 Sexism criticism of party song: Würzburg bans number... 5 Obligation to supervise instead of bathing lake: Heat-free... 6 Rule out of force since June 1: General practitioner... 7 Arrest of more suspects: Court postpones sentencing... 8 After selfie on Vesuvius: US tourist falls into volcanic... 9 Murder after a mask dispute: gas station shooter has... 10 Comparison of holiday countries: Airport chaos: Things... 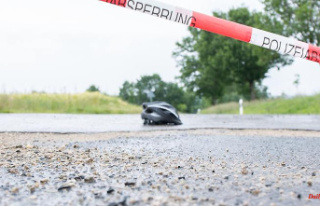