NEW YORK , The first collaboration was so successful that everyone wondered when Alison Krauss and Robert Plant would perform again. This week, the answer is in. NEW YORK , The first collaboration was so successful that everyone wondered when Alison Krauss and Robert Plant would perform again. This week, the answer is in.

Plant and Krauss, whom he jokely refers to as "Sonny and Cher", are back with a new album. It's 14 years since their surprise hit with critics, "Raising Sand."

Krauss, who is talking to Plant from Sound Emporium Studios Nashville, Tennessee, says that it's great to do it again and for it have new life.

Rounder Records' "Raise the Roof", out Friday, continues the tradition of the original, featuring many of the same musicians as the producer T Bone Burnett. Just weeks before the pandemic, the recording was complete.

Plant admitted that recording sessions took so much time that he was worried about the team's ability to find the right material fast enough to recapture his special alchemy.

Plant and Krauss both agree that a great song can last many lives. She says, "You want them have a life of your own. You have to be able to let go of certain ideas so they can become your own."

The combination of Plant, a former Led Zeppelin singer, and Krauss, a bluegrass singer and violinist, was a huge success with fans and critics alike. "Raising Sand" debuted No. 2. The Billboard 200 chart ranked No. 2, generated platinum sales, and won six Grammy Awards in 2009. This upset Lil Wayne and British rock group Coldplay, who were competing for the top spot.

Plant says, "The surprise was that these guys could actually work together?" It's a sharing, a sharing, of something, of songs that people didn’t know about. It's one my biggest trips in life.

The new recording sessions were finally initiated by "Quattro" (World Drifts in), a song from Americana band Calexico. Plant states that the song "sorta drew us in to another way of actually working. Looking at voices together, it was a different attitude." We're doing great as long as we get the right key.

Burnett, whom Plant jokingly refers to as "the Archbishopof Cool", insisted that the songs be kept sparkly and that they not have to go back and clean them up. This was particularly difficult for Krauss who is a bit perfectionist. Plant says that "the more precision you can get, the better it is because it's soulful stuff."

Toussaint's re-creation of Betty Harris’ soulful, upbeat "Trouble With My Lover", is one highlight. Plant encouraged Krauss sing it, and it is moody, melancholy, and sensual in her hands. It took some convincing.

She says, "I was scared to my death." "I was afraid to sing that song, but it sounds fresh now. I had to hide under the chair for awhile."

Wiley's "Last Kind Words Blues" song and Wiley's "Can't Lean On," both written by Randy Weeks, were first recorded by Lucinda. Williams sings backing vocals on a cover version of Brenda Burns’ "Somebody Was Looking Over Me."

Plant says, "There's nothing better than sharing a musical thing you love with someone else." It's the stuff that happened last time in the song process and it happened this time. It's one the best things about working with people from different backgrounds -- you discover great music that you wouldn't have otherwise.

Similar to Robert Moore's "Searching for My Love", the song is soulful in its original form but more difficult and less urgent when Plant and Krauss take on it. Plant has loved the song for a long time and has been waiting for it to be done right: "I couldn't find anyone who would take any interest in it all my life as a singer that would make it stand alone rather than making it a sort of retro-pastiche."

Plant claims that they continued to do the same things they did when they reunited, despite the fact that they had worked together for many years. In 2022, they will tour together.

"We are very respectful of one another. Plant says that while we respect each other, we also recognize our comical side. 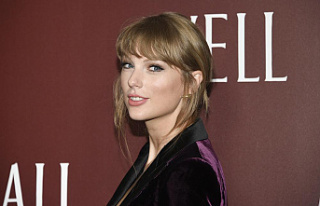 Taylor Swift fans revel in ‘All Too Well’ film...