No sooner has the report of the Corona expert commission been published than it rains criticism. 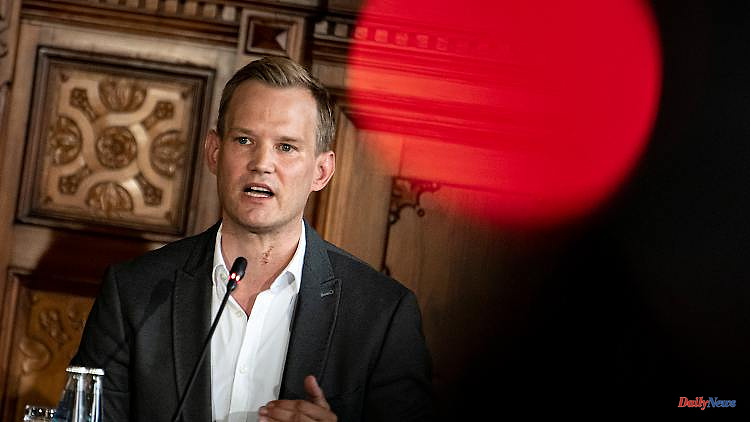 No sooner has the report of the Corona expert commission been published than it rains criticism. Three of the scientists involved are now commenting: Although headwind was "pre-programmed", the content was not tenable. The counter-speech from Health Minister Lauterbach hurts the researchers in particular.

The dispute over the expert report on the Corona measures continues. In a "Zeit" article, three members of the commission defend themselves against criticism of their work. "The Commission is set up, works, delivers on time. And on the day it is handed in, leading politicians have to read that 'you already know everything' and that the report shouldn't be a 'brake pad'," write the social researcher Jutta Allmendinger, who Economist Christoph Schmidt and virologist Hendrik Streeck. At the end of the article, they ask rhetorically: "If politicians and the media disregard scientific work in such a way, how can citizens then have trust in science?"

The guest article goes on to say that Corona has emotionally charged the culture of public debate and in places decoupled it from scientific evidence. Headwind was "pre-programmed". Nonetheless, the board accepted its responsibility. But: "A detailed assessment of individual measures of the corona pandemic is simply not possible," write Allmendinger, Schmidt and Streeck. You don't live "in a world of perfect science with perfect data and study designs". "We have no way of knowing what would have happened had it not been for the lockdowns."

The authors concede that "more members from epidemiology and public health research" would have been good for the composition of the commission. In itself, however, the body was filled equally by the Bundestag and at the suggestion of the Leopoldina. Calls for the involvement of scientific employees of the professors involved, who, however, had been working on a voluntary basis, were "out of date and simply unethical". Allmendinger, Schmidt and Streeck describe criticism of the scientific quality of the report as "the sharpest sword that can be drawn". The scientists rejected the allegations that it was a "complimentary report" that had methodological errors and only drew "banal" conclusions.

The expert commission found on Friday that the effects and side effects of individual previous protective measures in the corona crisis could hardly be assessed on their own. Overall, the Board drew a mixed balance. One of the clearest statements was the helpful effect of masks - if they are worn correctly.

Shortly after the report was published, Federal Minister of Health Karl Lauterbach wrote on Twitter that it was important. When preparing for autumn, however, it shouldn't be "a brake pad". Lauterbach defended his comment on the ZDF program "Markus Lanz". "I know how thankless that is," he said, referring to the volunteer work of the experts. Mistakes in filling the commission - for example with too few virologists - were made in the past legislative period. "I had nothing to do with the cast." The report is one of several building blocks in the assessment of the corona preparations for the fall, which now have to be speeded up, Lauterbach confirmed.

Bundestag Vice President Katrin Göring-Eckardt warned the responsible politicians to prepare the country for the fall now. "Everyone who bears government responsibility must now make provisions for the fall. A pandemic fall of chaos must be prevented. This requires precautionary decisions," said the Green Party. It is not about new measures, but already tried-and-tested precautions: “Compulsory masks indoors, contact restrictions for certain areas, special protection for sensitive groups, in order to ensure that children in particular can go to school.” Companies should allow more work in the home office again. Last autumn and winter, staff shortages caused an estimated cost of more than seven billion euros, said Göring-Eckardt. "Such damage must not be repeated right now."

The new black-green state cabinet in North Rhine-Westphalia presented a timetable for the “third Corona autumn” on Tuesday. The focus is on more caution instead of loosening pressure - especially in favor of particularly vulnerable groups such as the elderly and sick people.

1 Consequences of heart surgery?: Carlos Santana faints... 2 Safety for mother and child: There are real advantages... 3 North Rhine-Westphalia: major fire in Iserlohn: road... 4 Baden-Württemberg: police suspect microsleep: one... 5 Hesse: Lots of clouds, but only some rain in Hesse 6 Thuringia: No need for further apprenticeships in... 7 High mountains. A 50-year-old woman is in absolute... 8 Saxony-Anhalt: Saxony-Anhalt: Many districts restrict... 9 The Dauphine is for children. These animal expressions... 10 Alpes de Haute Provence. A Riez apartment completely... 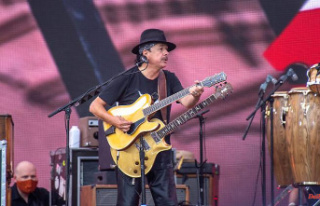