In the search for companies that have polluted the Oder water, Poland has struck gold. 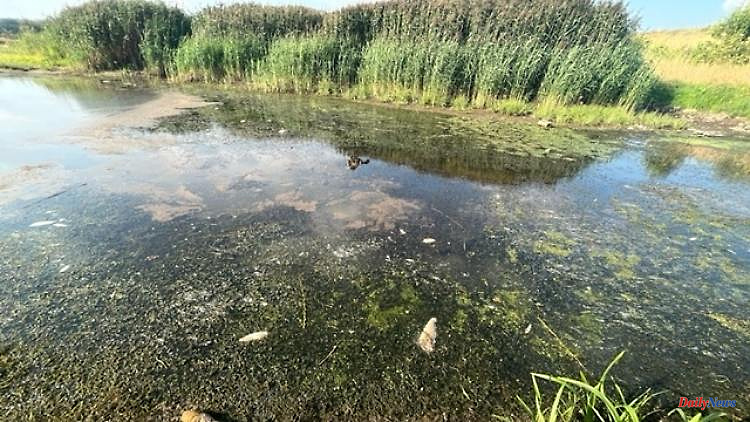 In the search for companies that have polluted the Oder water, Poland has struck gold. The water agency encounters more than 280 illegal drains. In around 60 cases, the police are already on site. Brandenburg checks its reporting chains.

In connection with the fish kill in the Oder, Poland's water authority claims to have discovered 282 wastewater discharges without a current water permit. It is currently being clarified from where these lines to the Oder were laid and who they belong to, said the designated new head of the water authority, Krzysztof Wos. The police had already been informed in 57 cases.

In the past few weeks, dead fish have been discovered and collected in large numbers on the Polish and German sides of the Oder. The cause of the fish kill is not yet clear. However, a toxic alga was found in water samples in both Poland and Germany. Experts see clear signs that this alga is to blame for the death of the fish. By Saturday, around 200 tons of fish carcasses had been collected in Poland and Germany.

On the German side, the massive death of fish in the Oder became known on August 9th. In Poland, on the other hand, there were already first indications at the end of July. The German authorities accuse the Polish side of informing them too late, making it difficult to find the cause. After the environmental disaster became known, Poland's Prime Minister Mateusz Morawiecki had fired the previous head of the water authority and the head of the environmental authority.

The chairman of the environmental committee in the Brandenburg state parliament, Wolfgang Roick, considers it necessary to draw conclusions from the fish kill in the Oder. It's about checking "whether there needs to be another type of surveillance," said the Social Democrat. The question is, for example, whether "there was not enough staff" at one point or another in the State Environment Agency. With regard to Poland, Roick also said that there was obviously a lack of information.

The environmental committee meets in the afternoon. State Environment Minister Axel Vogel will report on the findings so far. In addition, experts will have their say, including representatives of the Leibniz Institute for Freshwater Ecology and Inland Fisheries. According to the Environment Ministry, the Brandenburg State Office for the Environment had noticed changes in Frankfurt (Oder) from August 7th to 8th, among other things in the oxygen content, but the authority could not assume that the fish were dying from the values ​​alone. Warning and message chains are now to be checked.

In the information radio of Rundfunk Berlin-Brandenburg (RBB), committee chairman Roick said: "Measurements are constantly being taken. And in this case it was probably the case that the response to increased concentrations was a little too slow." The SPD politician also hoped that the upset in the relationship between Germany and Poland would decrease. "If necessary, you can perhaps smooth the waves a bit," said Roick.

Polish Environment Minister Anna Moskwa accused Germany of spreading fake news on Twitter on Saturday. When looking for possible causes, the Brandenburg State Office for the Environment in Frankfurt (Oder) had previously found high concentrations of a pesticide, but the dose was not immediately fatal to fish. Moskva sees no connection to fish kills.

1 Vicky, we're going to Lodz: Leandros loves life 2 Gravesite announced: Anne Heche rests in the middle... 3 Don't be afraid of fines: Respond correctly to... 4 As Italian as spaghetti: Fiat 126 - the cult vehicle... 5 North Rhine-Westphalia: KV Westfalen-Lippe is sticking... 6 Hesse: fire in Frankfurt paper disposal plant 7 Baden-Württemberg: damage in the millions in a fire... 8 Thuringia: Need for advice: Long waiting time at the... 9 Thuringia: Expenditure on assistance for the disabled... 10 Bavaria: State Office: The quality of the Bavarian... 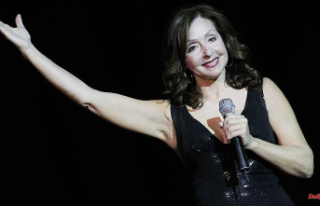