Thousands of private individuals and small businesses are taken in by a Berlin lawyer and his client due to fear and a lack of legal knowledge. 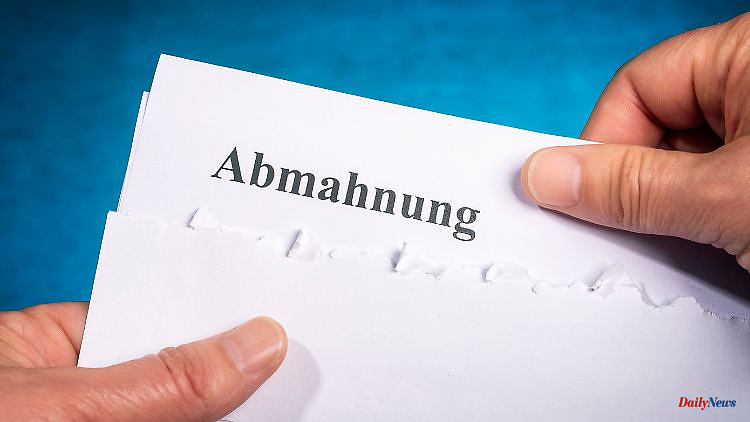 Thousands of private individuals and small businesses are taken in by a Berlin lawyer and his client due to fear and a lack of legal knowledge. They warn about the integration of fonts in violation of data protection and demand large amounts of money.

Investigators have carried out searches against two warning fraudsters in several federal states. A 53-year-old lawyer based in Berlin and his 41-year-old client are accused of warning fraud and extortion in more than 2,400 cases, according to the Berlin public prosecutor's office. On behalf of the authority, officials searched objects in Berlin, Hanover, Baden-Baden and Schleswig-Holstein. In addition, arrest orders with a total of 346,000 euros were enforced.

The accused are accused of having sent a letter from a lawyer to warn private individuals and small businesses nationwide who use so-called Google Fonts - an interactive directory with fonts that determine the typeface of a website - on their homepages. At the same time, they were offered the option of avoiding civil proceedings by paying a settlement amount of EUR 170 each.

The two men are said to have been aware that they had no monetary claim against those who had been warned. According to the information, 420 of these reported to the Berlin public prosecutor's office. However, around 2,000 others are said to have paid money to the fraudsters out of concern about legal proceedings and the incorrect assumption that the alleged claim actually existed.

The officers confiscated documents and data carriers during the searches. Their evaluation is intended, among other things, to provide information about the actual sales and the exact procedure of the suspects.

Warnings about the use of Google Fonts are widespread. It's less about the fonts themselves than about the integration that violates data protection. In fact, a complaint about such a thing should be taken seriously. At the same time, there are numerous reports of abusive warning waves.

The IHK Koblenz writes in an article: "In the last few weeks, a striking number of companies and associations have been warned by the same law firms (e.g. from Berlin). In our opinion, there is a lot to be said for a wave of warnings that have been abusive."

1 Why did the fish tank break?: Expert calls AquaDom... 2 Katy Karrenbauer on dementia: "I wanted a dog... 3 He freaks out, she's afraid: Pietro fights with... 4 The prince is touched: Albert is "really proud"... 5 Next deadline expires: Who now has to exchange the... 6 Traps for owners: How to sell real estate without... 7 ECB policy determines loans: construction interest... 8 Six measures: The heating is defective - what now? 9 Photovoltaics on the roof: Income from small systems... 10 Contribution check: These health insurance companies... 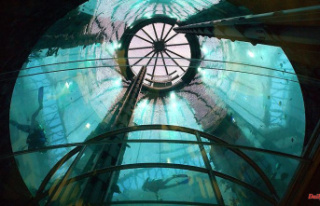 Why did the fish tank break?: Expert calls AquaDom...