A 40-year-old man from Dresden apparently killed his mother in the morning, then fired shots through the door of a radio station and finally took hostages in a shopping center. 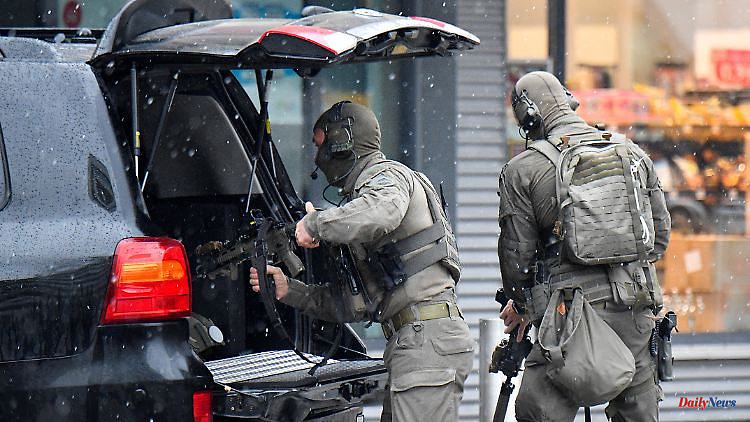 A 40-year-old man from Dresden apparently killed his mother in the morning, then fired shots through the door of a radio station and finally took hostages in a shopping center. His arrest ends fatally.

The Dresden hostage-taker died, the police said. The 40-year-old suffered fatal injuries when the hostages were accessed and freed. The specific circumstances are the subject of further investigations. A police spokesman told ntv that it would be checked whether the man injured himself or was injured by the special task force.

According to police findings, the 40-year-old killed his 62-year-old mother in an apartment building in the Prohlis district of Dresden in the morning. Around 7:20 a.m., the police found the lifeless woman. An emergency doctor who was called could only determine their death.

Afterwards, the man is said to have gone to an office building in which the "Radio Dresden" station is also based. The man tried to destroy a door and break in, said the station's managing director, Tino Utassy. After he failed to get into the rooms, he shot through a hole in the door. "Fortunately, the staff had the presence of mind and then ran out through a second exit and fled," Utassy said. According to the broadcaster, all were unharmed. The perpetrator left the building after the shots were fired.

The third location was then the Dresden Altmarkt-Galerie. There, according to the police, the man took an employee and a child hostage. The police evacuated the mall and adjacent areas. Several people were accommodated in a bus of the Dresden transport company and were cared for there. The famous Striezelmarkt also remained closed for the time being - it only opened again in the early afternoon. The police asked because of the kidnapping to avoid downtown Dresden.

A police spokesman explained the motive of the alleged perpetrator that the man had been very conspicuous in his mental behavior. "We're most likely assuming a mental illness." Other than that, the police were not aware of anything. 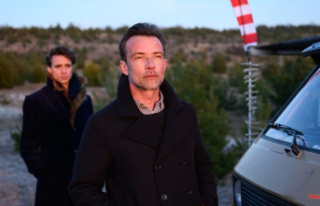 The "police call" in the quick check: Adam...