In the morning Pope Francis inaugurates the world: His predecessor Benedict XVI. 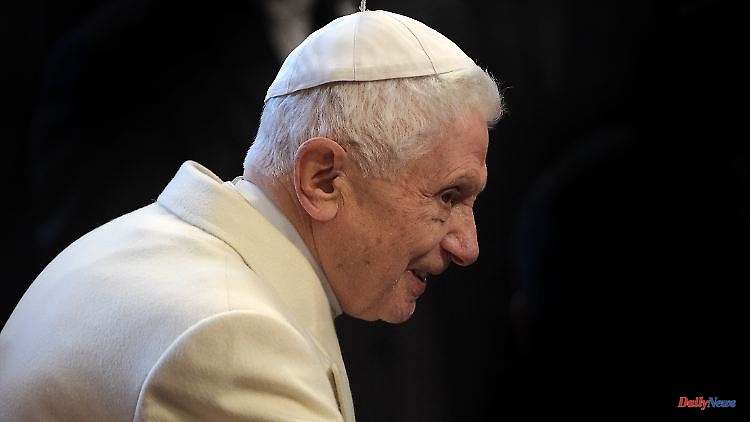 In the morning Pope Francis inaugurates the world: His predecessor Benedict XVI. was "very ill". He has reportedly been suffering from severe breathing problems for some time. Now the vital bodily functions should gradually decrease.

The state of health of the retired German Pope Benedict XVI. deteriorates according to information from the Vatican. The vital bodily functions of the pontiff, who left office in 2013, decreased, “including the heart,” it said on Wednesday from circles in the Holy See. The incumbent Pope Francis said at his general audience in the morning that his predecessor was "very ill". He called for prayer for the 95-year-old.

The Italian news agency Ansa reported "breathing problems" that Benedict had already complained about before Christmas. As AFP learned from Vatican circles, his condition is said to have deteriorated "about three days ago". Accordingly, for Benedict XVI. no hospital admission planned. His residence in the former Mater Ecclesiae Monastery in the Vatican Gardens has the necessary medical equipment.

Francis said during his audience that he wanted to "ask everyone to pray a special prayer for Pope Emeritus Benedict (...) to remember him as he is very ill, to ask the Lord to comfort and support him ". A little later, Vatican spokesman Matteo Bruni said he could "confirm that there has been an age-related deterioration in the past few hours." The situation is "under control at the moment" and is "constantly monitored by doctors". Francis visited his predecessor after the general audience.

In February 2013, Benedict resigned from his position in an unusual step for health reasons and has lived in seclusion ever since. With his resignation, communicated in Latin, he wrote church history: Benedict was the first pope since 1415 to give up his office as head of the Catholic Church. Most recently, the emeritus pope stayed almost entirely away from the public. But in recent weeks he has continued to receive visitors while sitting in a wheelchair. Some photos published on online networks showed him increasingly frail.

In Berlin, Deputy Government Spokeswoman Christiane Hoffmann said at noon that Chancellor Olaf Scholz was thinking of Benedict and wished him a speedy recovery. The chairman of the German Bishops' Conference (DBK), Bishop Georg Bätzing of Limburg, called on the believers in Germany to pray on Twitter. "My thoughts are with the Pope Emeritus," he said.

Also in Marktl am Inn, the birthplace of Benedict XVI. near the Austrian border, people heard the news from the Vatican. In the Catholic Church of St. Oswald, Joseph Ratzinger's baptistery, a red candle burned in front of the photo of the emeritus pope. "Benedikt is very present here in our town," said 14-year-old Amelie. "It's a bit close to my heart," she adds.

Benedict's eight-year pontificate was overshadowed by power struggles within the church and the abuse scandal. The German was the first pope to apologize and meet with victims for the sexual abuse of children by Catholic clergy. However, his opponents accused him of failing to end the church's cover-up of abuse scandals. Most recently, allegations of Benedict's work have again overshadowed: A report on sexual abuse in the church presented in Munich accused him of serious mistakes in dealing with a pedophile priest during his time as Archbishop of Munich. 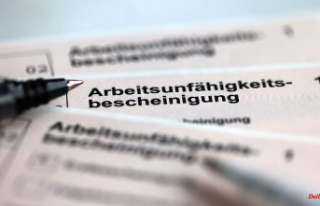 New regulation from 2023: No license for the company...