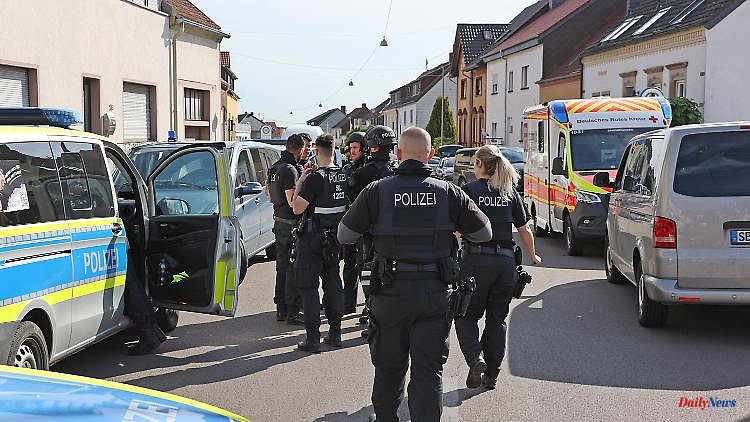 During a search of an apartment in Saarbrücken, a 67-year-old man shoots at two police officers. The shooter should have his weapons and ammunition taken away from him during the operation. The man barricaded himself in his apartment for hours.

A police officer was shot and injured during an operation in Saarbrücken-Klarenthal. A spokesman for the police in Saarbrücken said he was being treated in the hospital but was not in mortal danger. Another officer was injured by flying glass fragments. The shooter initially holed up in his apartment. Other officers later found him dead, police said. The man had previously shot at the barrier and police vehicles that arrived in the morning for a large-scale operation. The operation dragged on for hours.

Authorities and police had previously noticed the shooter. The 67-year-old had already "appeared under police and weapon law," said a spokesman for the Saarland Administrative Court in Saarlouis. Specifically, there were violations of the Weapons and War Weapons Control Act as well as violent and threatening offenses against the 67-year-old.

The police had called on residents to stay in their homes. A person shoots out of the window in the Wilhelmstrasse area, the police said on Twitter. "Stay away from the venue! Please stay inside your houses and away from the windows!" The area had been cordoned off extensively.

According to the police, the officers were on site in the morning to support the Saarbrücken city's weapons authority as part of administrative and enforcement assistance. When the police officers and city employees arrived at the 67-year-old to search his apartment, the man shot the police officer, it said. 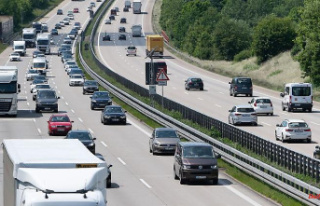 Baden-Württemberg: Pentecost travel on the highways...