Shortly before the act in psychiatry: the knife attacker from Hamm felt persecuted

A 34-year-old attacked people with a knife at the Hamm-Lippstadt University of Applied Sciences. 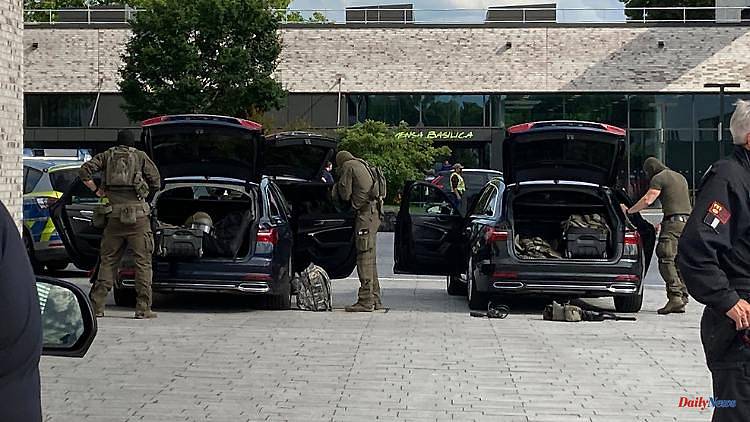 A 34-year-old attacked people with a knife at the Hamm-Lippstadt University of Applied Sciences. For a 30-year-old, the doctors have no hope. According to prosecutors, the man was still in a psychiatric ward on the day of the crime. He suffers from serious mental problems.

After the knife attack in a university in Hamm, the alleged perpetrator was housed in a psychiatric hospital. The 34-year-old has been suffering from psychological problems for a long time, said the spokesman for the Dortmund public prosecutor's office, Henner Kruse, at a press conference. The man apparently attacked four people indiscriminately on Friday, some seriously injuring them. According to Kruse, a 30-year-old will probably not survive.

According to the prosecutor, the 34-year-old was examined by a psychiatric expert in the morning. Accordingly, he suffers from paranoid schizophrenia and delusions. After the examination, temporary accommodation in a specialist hospital was ordered. During the act, he may have been innocent.

As Kruse went on to explain, the 34-year-old only left the psychiatric ward of a hospital on Friday at his own request. He was there because of a suicide attempt. The suspect had been receiving psychotherapeutic treatment for a long time, and "numerous psychotropic drugs" were discovered during a search of his apartment in the student residence.

The man therefore felt pursued by a group of people who, in his opinion, were trying to kill him. That's why he reported it to the police. According to Hamm police chief Thomas Kubera, the last contact was at the beginning of April. The psychological problems of the long-term student were also known at the university, and his parents also knew about them. The police assume "a mental illness as the cause of the crime". There is no evidence of political or religious motivation.

According to previous investigations, the 34-year-old went into a building at Hamm-Lippstadt University on Friday afternoon. According to Kruse, he had two kitchen knives he had bought recently. The man then attacked a 22-year-old woman in the foyer, then a 22-year-old man and then another 22-year-old woman. The first two victims suffered injuries including neck injuries. According to the public prosecutor, the third woman attacked suffered eight stitches in the abdomen and had to undergo emergency surgery. Life is no longer in danger.

The 34-year-old then entered a lecture hall and stabbed a 30-year-old lecturer at the university who was listening to a guest lecture. Previously, he is said to have said: "Now it's your turn." The woman suffered "very serious internal injuries" from stitches in the chest area, Kruse said. The woman was taken to a university hospital by helicopter and also had an emergency operation. However, the doctors now have no hope for her, the prosecutor said.

The alleged perpetrator was overpowered by students in the lecture hall and then arrested by the police. He confessed to the crime and stated that he saw no other way out, Kruse said. Accordingly, the man assumed that those present in the university building belonged to a group that wanted to kill him. It can be assumed that all of the injured were accidental victims.

The Dortmund police chief, Ralf Ziegler, paid tribute to the overpowering of the perpetrator by the students. They acted "very courageously and very, very quick-witted". By intervening, they "certainly would have prevented countless other victims." The university canceled teaching in Hamm for Monday. However, the campus will be open to students “as a place to exchange ideas and pause”. 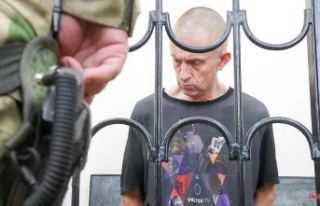