It hasn't stopped raining in northeastern Brazil for days. 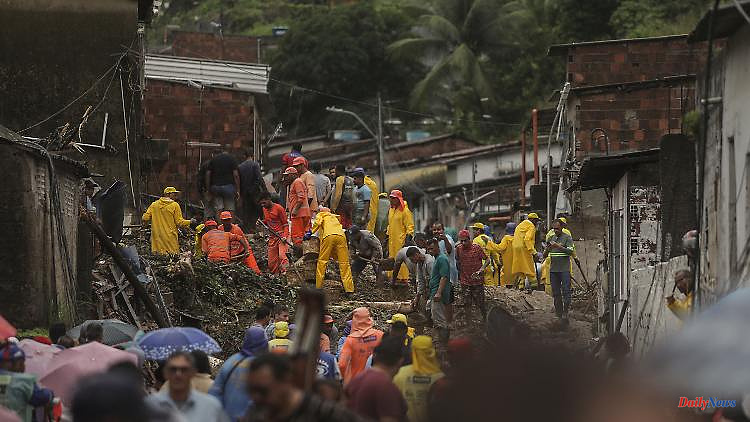 It hasn't stopped raining in northeastern Brazil for days. Landslides and floods cost many lives. Even more women and men are becoming homeless. And the catastrophe is not over yet.

At least 34 people have already died in storms that have been going on for days in northeastern Brazil. A landslide in the municipality of Jardim Monteverde alone killed 19 people on Saturday, the authorities said. Because of the landslides and floods in the state of Pernambuco, almost a thousand people had to leave their homes. Head of State Jair Bolsonaro expressed his condolences to the victims of the accident and promised them help.

"From last Wednesday to Saturday noon, 34 deaths were recorded," reported the civil protection authority for Pernambuco. Apart from the devastating landslide in the town of Jardim Monteverde, which is located between Pernambuco's capital Recife and the municipality of Jaboatão dos Guararapes, there was also a landslide in the municipality of Camaragibe that killed six. Two fatalities were reported from Recife and two more from Jaboatão dos Guararapes.

According to civil protection, five people died as a result of the storm a few days ago. According to local media, three of them died in a landslide in Olinda, and one person died after falling into a canal in Olinda.

The metropolitan region of Recife has been hit by heavy rains since Tuesday. Almost a thousand people had to leave their homes because of floods and landslides. Flooded streets in various locations, collapsed buildings and masses of earth could be seen in videos published on online networks.

Right-wing extremist President Bolsonaro expressed "pain and solidarity with the victims of this sad disaster" on Twitter. His government will do everything possible "to alleviate the suffering". The army, the Ministry of Defense and other government agencies have been called in to help with relief efforts.

The National Meteorological Institute said Pernambuco is still on red alert for landslide and flood risk. The Pernambuco Water and Climate Authority also warned that the situation could get worse as the rain will continue for the next 24 hours.

According to experts, rainfall in Brazil is currently being exacerbated by the La Niña climate phenomenon, which is causing the Pacific Ocean to cool down. But climate change is also increasing the risk of severe weather. Because a warmer atmosphere can hold more water, global warming increases the risk of extreme rainfall.

1 Further easing is coming: Shanghai is waking up from... 2 Saxony-Anhalt: cyclists on the hard shoulder of the... 3 Thuringia: Jena: Police warn of telephone scams 4 Bavaria: failed landing: total loss of a glider pilot 5 Putin, Ivan IV and Stalin: "State Terror as a... 6 The cost burden will be "immense": the network... 7 In the Tropic of Cancer: In June, the Summer Triangle... 8 Bavaria: school bus drives into the ditch: five children... 9 Baden-Württemberg: head-on collision: driver seriously... 10 Saxony: investigations by the Leipzig police after... 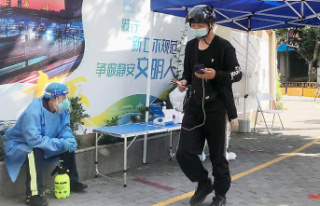 Further easing is coming: Shanghai is waking up from...