Study: Inflation is the biggest concern: every fifth young person is in debt

Every six months youth researchers ask 14 to 29 year olds about their fears, expectations, political assessments and their financial situation. 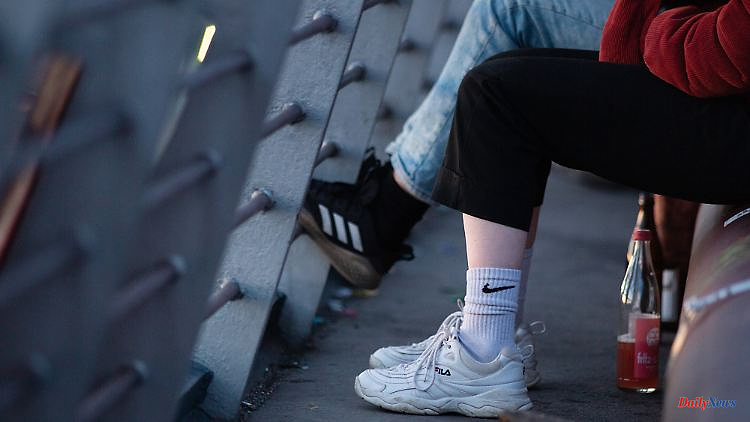 Every six months youth researchers ask 14 to 29 year olds about their fears, expectations, political assessments and their financial situation. The current finding: the young generation has concerns, but many seem to be getting used to the "permanent crisis mode".

According to a survey, every fifth young person in Germany has debts, many 14 to 29-year-olds save energy and worry about inflation and war. Nevertheless, the younger generation continues to be relatively satisfied with their personal situation, even if there are growing fears that the years of prosperity are over. These are the results of a study by youth researchers Simon Schnetzer and Klaus Hurrelmann. In October, 1,027 adolescents and young adults were interviewed online for the "Youth in Germany" trend study, which is conducted every six months.

An essential part is asking about the greatest concerns of this age group. Currently, inflation (71 percent) is at the top, followed by the war in Europe (64) and climate change (55). In the survey, 20 percent of the adolescents and young adults agreed with the statement: "I have debts". More than half (55 percent) said they are saving energy because of inflation, for example by using less heating and cold showers and buying more discounted goods (51 percent). A quarter say they have restricted the purchase of organic products.

The war in Ukraine continues to worry many young people. 38 percent are "very big" or "quite big" that it will spread to all of Europe. 27 percent have little or no fear of it. 35 percent say neither. Significantly more young people than in the spring (54 percent ( 25)) are now worried about inflation. Many young people continue to complain about mental stress, such as stress or lack of drive. However, some survey values ​​have also eased here.

According to the study, the proportion of those who learned to deal with the "permanent crisis mode" without mental stress increased slightly, "because a certain routine in dealing with exceptional situations has set in and resistance ("resilience") has developed". . Nevertheless, the authors point out that in a "frighteningly large minority" mental worries have solidified and intensified, so that urgent support is necessary. 16 percent reported helplessness and 10 percent (3) reported suicidal thoughts. This is an "urgent warning signal".

Young people now rate the political, economic and social development in the country and the quality of life worse than they did six months ago. They are also more skeptical about the future in these areas. The fears of the young generation in Germany that the years of prosperity are drawing to a close are said to be reflected here. The personal situation (professional opportunities, social recognition, financial situation, mental and physical health) is rated positively, but values ​​have deteriorated here as well. "All in all", however, most of them are still satisfied with their lives.

"This suggests that, despite the deterioration, there is still a solid basis for a fundamentally positive personal mood." The fact that one in five people are in debt is a "terrifying finding," according to the study. According to the authors, "the trend towards so-called Klarna debts is increasing". Payments for online orders are processed via the company Klarna, it is also possible to purchase on account and pay later.

"Young people seem to be particularly susceptible to consumption on credit when it comes to branded clothing and other objects of identification that are linked to recognition or social status in their environment," write the youth researchers. In addition, debts are often incurred when playing computer games with so-called in-game purchases. It is therefore appealed to decision-makers in education and politics to "urgently include financial education for young people in curricula."