A 62-year-old is mowing his lawn in Thuringia when the earth suddenly collapses beneath him. 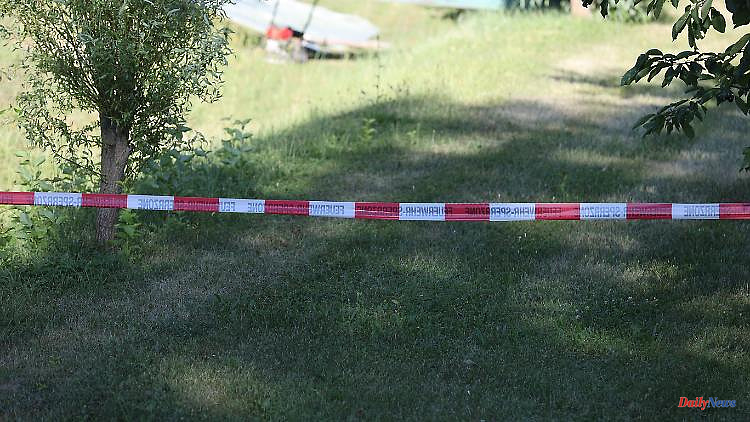 A 62-year-old is mowing his lawn in Thuringia when the earth suddenly collapses beneath him. He falls into a hole about six meters deep. The alerted rescue workers can only save him dead. It is still unclear whether previous mining activities are related to the tragic accident.

In the event of a possible sudden sinkhole in Bad Sulza on the grounds of the graduation tower, a man who was mowing his lawn fell into a hole and died. The cause of the approximately six meter deep and one meter wide hole remains open. "Unfortunately, we can't say anything about the cause of the event at the moment," said Mario Suckert, President of the Thuringian State Office for the Environment, Mining and Nature Conservation (TLUBN).

Employees were on site in Thuringia shortly after the accident to check how it could have happened. Investigating the cause will continue on Tuesday. A police spokesman said it was not yet clear whether the man was swept away when the ground suddenly opened up in the guesthouse's garden or whether, on closer inspection, he fell into the approximately six-meter-deep hole.

His wife was looking for the 62-year-old and only found the lawnmower and a hole in the garden. Rescue workers could only get the man dead out of the hole. The earth gave way steadily during the rescue efforts, said the police spokesman. There could also be more sinkholes in the region: "The concern is definitely there." A radius of around 50 meters around the collapse site was therefore cordoned off.

In Thuringia this happens about 20 times a year; this year already seven times. Daily fractures, on the other hand, are usually caused by the collapse of unfilled old mine tunnels underground, which then break through to the earth's surface, and according to the TLUBN they are rather rare. The "Bild" newspaper, referring to the police, reported that where the earth suddenly opened, a former stream runs.

1 Ash rain in Rome: major fire broke out near the Vatican 2 After the death of his wife: is Damian Lewis in love... 3 Saxony-Anhalt: Motorcyclist seriously injured after... 4 Sovereign in Wimbledon: Nadal is now playing against... 5 Traditional Hot Dog Eating Contest: The all-time winner,... 6 Spain and Portugal dry: Azores high threatens wine... 7 Ardeche. Greenpeace appeals to cassation for intrusion... 8 Bavaria: car drives on truck: driver dead 9 Basketball. Hungary is slapped by the Blues 10 Paris. The government has a minister who is a bit... 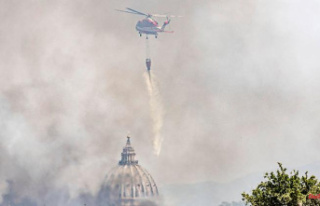