Tears after release from prison: Cone brothers found it difficult to say goodbye to fellow inmates

In the proceedings for arson at Ballermann, eight young Germans have been in custody on Mallorca for a total of 57 days. 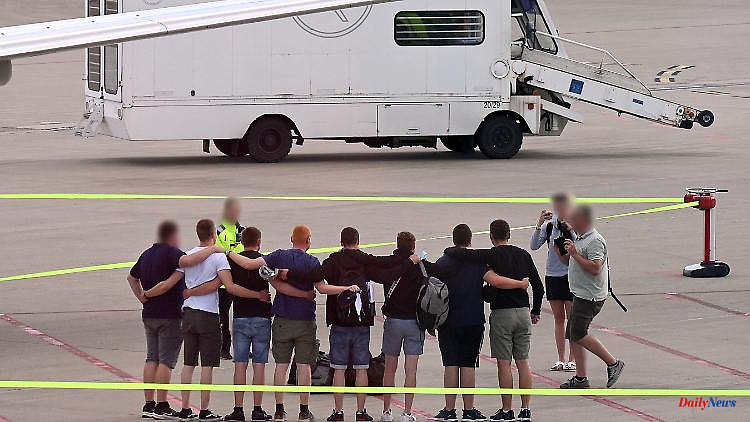 In the proceedings for arson at Ballermann, eight young Germans have been in custody on Mallorca for a total of 57 days. After her release, emotionally "a lot had to come out". The judicial drama for the tourists is not over yet.

The cone brothers from Münsterland are back in Germany after two months in custody in Mallorca. They remain silent - and that will probably remain so for the time being due to the ongoing investigation into alleged arson. The return home is said to have been full of tears, reports the "Bild" newspaper. The 13 men are said to have even developed friendships with fellow inmates.

On the night of Saturday, the eight Germans still in custody were released from custody and temporarily accommodated in Pastor Holmfried Braun's parish hall. According to the newspaper, there was pizza there and a first discussion. The 57 days in custody would have shaped the men. "A lot had to come out of what they experienced," said Pastor Braun. The bowlers found it difficult to say goodbye to fellow inmates who had become friends. The fate of the other prisoners got under the skin of the Germans.

Back in freedom, the pressure from the tourists had already fallen on the way to the community hall. "They were very emotional in the car, cried, could hardly speak," Braun told the "Bild" newspaper. "We gave them cell phones to call their families. It was so lucky to hear their voices in freedom."

"Today is our day, one full of pleasure. We were completely exhausted, 36 hours without sleep and full of hope," their lawyer Raban Funk quoted the men as saying after their arrival in Germany. The investigations against the eight and four other friends, who had also been released in June on bail of 12,000 euros each, are continuing in Mallorca.

They are accused of starting a fire near the shooter on Playa de Palma on May 20 shortly after their arrival on the island. They are said to have thrown burning butts and alcohol from the balcony of their hotel room onto the thatched roof of the terrace of a restaurant below. The roof caught fire. Two restaurants, an apartment and parts of the restaurant were damaged. Several people suffered minor injuries. The holidaymakers have denied starting the fire. If convicted, they could face years in prison.

1 Forest fires in south-west Europe: the fire brigade... 2 Food price pressure: Can you eat cheaply and healthily? 3 Released from custody: Mallorca cone brothers are... 4 To reduce energy costs: what to do with oil or gas... 5 Thuringia: The risk of forest fires in Thuringia is... 6 Thuringia: Office for the protection of the constitution... 7 Saxony: forest fire broke out in the Saxon Switzerland... 8 Business Safety Trends for 2022 9 Speed ​​limit against nuclear power plant runtime:... 10 British intelligence: Kremlin uses Wagner mercenaries... 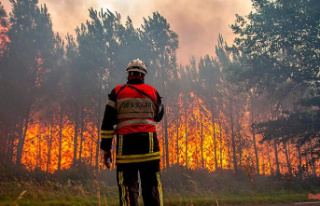