Tedious rescue after a train accident: firefighters want to burn off the residual gas

The Hanover-Berlin train route has been closed for days, and around 60 firefighters are still on site. 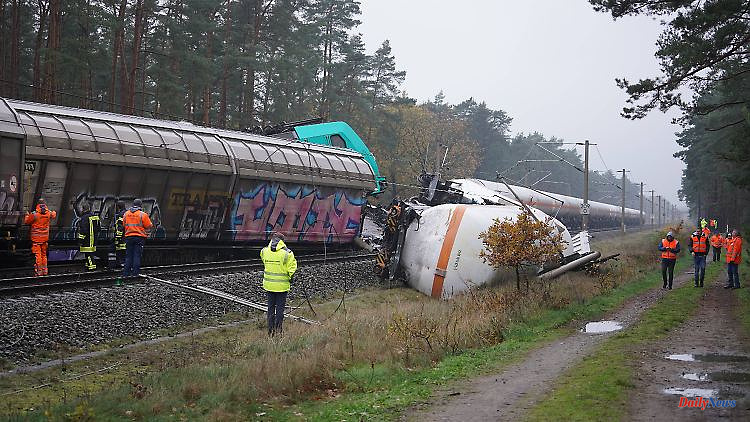 The Hanover-Berlin train route has been closed for days, and around 60 firefighters are still on site. As far as possible, they pump explosive propane gas out of the crashed tank wagons. The rest should be torched.

Pumping out the explosive propane gas from the tank wagons that crashed in the district of Gifhorn is also the task of the fire brigade this Monday. Around 60 emergency services were on site early in the morning, said a spokesman for the fire brigade. A first wagon is already half empty. More could not be pumped due to the lateral position of the wagons. The plan at the moment is to burn off the rest of the gas in a controlled manner. It is still unclear when this will happen.

The serious accident occurred on Thursday morning on the railway line between Hanover and Berlin when a freight train stopped at a signal in Leiferde and a second freight train hit it from behind for reasons that have not yet been clarified. Four wagons fell on their sides. The overhead line was damaged. The second train transported 25 tank cars filled with propane gas.

In addition to the local fire brigades, the works fire brigades of the chemical parks in Ludwigshafen, Dormagen and Marl are also on site. The Hanover airport fire brigade also supports the emergency services. Trains are diverted widely. Train passengers must continue to prepare for failures and delays. According to Deutsche Bahn, the route is expected to remain closed until at least November 27th. 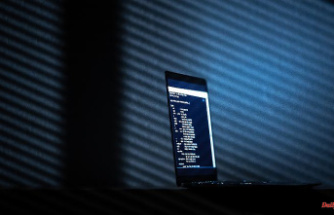 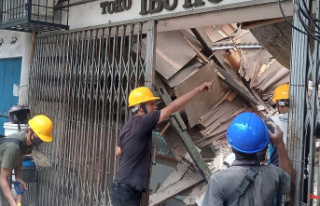