Terror suspect arrested: 32-year-old is said to have planned an Islamist attack

In Castrop-Rauxel, the police arrested a 32-year-old Iranian. 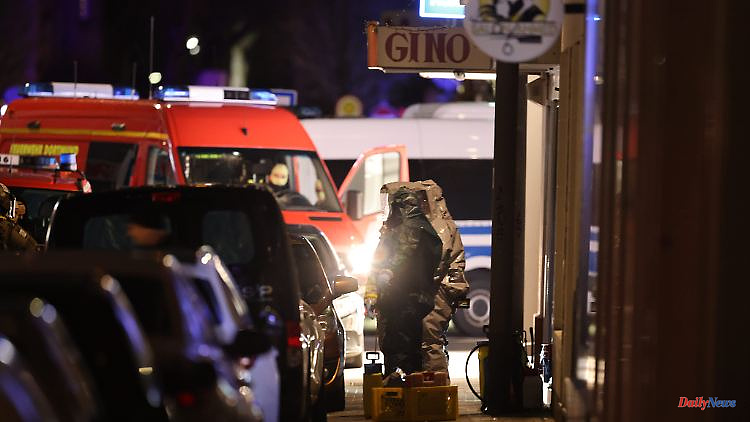 In Castrop-Rauxel, the police arrested a 32-year-old Iranian. The man is accused of planning a terrorist attack. He is said to have already obtained toxins for this purpose.

Anti-terror investigators arrested a 32-year-old in Castrop-Rauxel in the northern Ruhr area who is said to have prepared an Islamist attack. The Iranian national is suspected of having obtained the toxins cyanide and ricin for the crime, said the Düsseldorf public prosecutor, the Recklinghausen police and the Münster police. According to the Robert Koch Institute, ricin is listed under "biological weapons" in the war weapons list.

During the night, the living quarters of the 32-year-old in Castrop-Rauxel were searched by order of the judge. The site was cordoned off over a wide area. Police, fire brigade and rescue workers were on site with a large contingent. Many emergency services wore protective suits.

"The accused is suspected of having prepared a serious act of violence that is dangerous to the state," said the investigators. "The search serves to find corresponding toxins and other evidence." The 32-year-old and one other person were taken into custody. "Evidence has been secured and is being evaluated." It has not yet been decided whether the 32-year-old will be brought before a magistrate. As the "Bild" newspaper reports, a "friendly" foreign secret service informed the German security authorities about the danger of an attack.

Most of the emergency services have since withdrawn. The area around the stormed apartment remains cordoned off. A decontamination point has been set up at the Recklinghausen fire brigade, reports the "Ruhr Nachrichten". Emergency services in protective suits took care of the objects that had been seized and which had been brought to the fire brigade in blue drums.

1 Fatal accident near the Zugspitze: 26-year-old climber... 2 Baden-Württemberg: Warm things for heart and stomach:... 3 Over 40 percent of the country's surface: Schmyhal:... 4 Additional burden from property tax: tax offices are... 5 North Rhine-Westphalia: Prime Minister at a memorial... 6 Borders reopened: tens of thousands flow from Hong... 7 "Shouldn't overdo it": Kretschmann... 8 "The door is always open": Prince Harry... 9 Concerns in times of crisis: How do you deal with... 10 Federal Network Agency confident: Gas will probably... 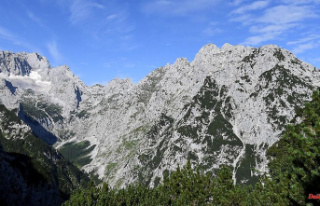