The Cardinal of Cats: In Ratzinger's footsteps in Borgo Pio

Long is the line of mourners who are in these days from the Emeritus Pope Benedict XVI. 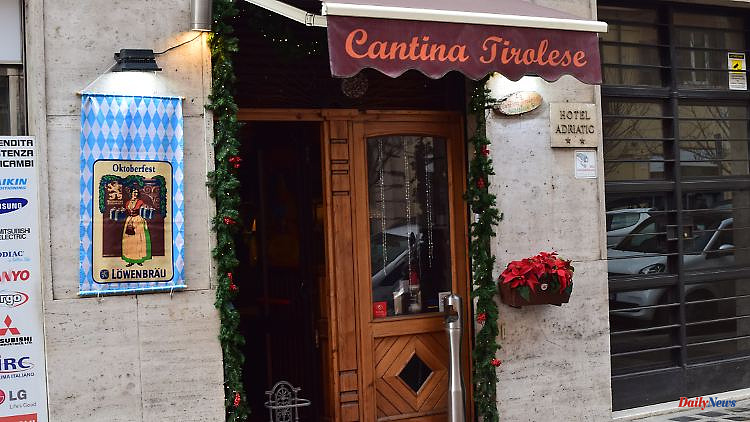 Long is the line of mourners who are in these days from the Emeritus Pope Benedict XVI. say goodbye in Rome. How did he live when he was still a cardinal? During a tour of the Borgo Pio district, you will come across him again and again.

Seven o'clock in the morning, the sky is slowly reddening over St. Peter's Basilica. Along the street leading to St. Peter's Square, you can see an unusually large number of people for this time of day. They all want to get away from Pope Emeritus Benedict XVI. say goodbye one last time.

Joseph Ratzinger, his real name, died on December 31 at the age of 95 in the Mater Ecclesiae monastery. This is where he retired after resigning from the Holy See in February 2013. His body has been laid out under the confessional altar in St. Peter's Basilica since January 2nd. He is clothed with a red parament, his head is covered with a white miter, between his hands he has a rosary and a cross.

Karin and Peter, both around 20 years old and from Bavaria, are standing at the control lock that leads to St. Peter's Square. When asked why they had queued up, Karin replies to ntv.de: "We celebrated New Year's in Rome and now we thought we would take the opportunity." After all, Benedict XVI. been a Bavarian and, unlike elsewhere in Germany, is still popular there. Ms. Ilaria, who is standing in line next to her, says: "You have to say goodbye to someone who has died." In addition, they have Pope Benedict XVI. very liked. "Maybe he was a bit too German for us Italians, but he knew what he wanted."

The queue moves quickly, after just under a quarter of an hour you enter St. Peter's Basilica. It's completely different at 12 noon, when the mourners have to wait more than an hour before they stand in front of the corpse. Police say Benedict XVI believes 35,000 believers a day. will pay their last respects. More than 60,000 people are expected on Thursday, when the funeral mass is celebrated at 9:30 a.m.

In 1982 Ratzinger was nominated by Pope John Paul II to be Prefect of the Congregation for the Doctrine of the Faith and moved to Rome. He spent almost half his life in the Eternal City, which became his second home, as he used to say. Before he was elected Pope John Paul II's successor in 2005, he lived in the Piazza delle Città Leonina, just outside the Vatican. And a tour of the Borgo Pio district is something of a search for clues. Not so much after the prelate, but after the man Ratzinger.

The priest Don Filippo Di Giacomo worked closely with him during Ratzinger's prefecture. "Unfortunately, many of the business people who once served him have sold due to age, including the couple who had a shop for electrical accessories," he tells ntv.de. "The two were constantly at loggerheads, but at the same time they were of the same heart and soul. Ratzinger was very fond of going to them." The vegetable shop where he and his sister bought the apples for the strudel that Ratzinger loved so much is no longer there either.

But the optician. Gladio Colantoni remembers the cardinal well. He came again and again. Because of the glasses, but not only. "When he came, dressed very simply, with his black beret on his snow-white hair, he usually carried a large bag full of books," says Colantoni. He liked to chat, was an attentive listener and very sociable. "I know that sounds strange to many who first noticed him as Pope. But that's how he was. He came into the shop and said 'Hello, Ragazzi' to me and my brother. To us he was a kind of grandfather. " "Ratzinger was a man who was in no hurry, as no one else could listen," Don Filippo had previously pointed out.

A few meters further in Borgo Pio and then on the left in Via del Falco there is an antique shop. "No, Ratzinger wasn't my customer," replies the owner when asked by ntv.de. "But I often saw him as a child feeding the cats around here. He had a fondness for these animals, hence the nickname, the cardinal of cats."

The optician had advised him to speak to the shoemaker who made Ratzinger's red cardinal's shoes. What is meant is Antonio Arellano, a native Peruvian. But Arellano is not very talkative. He seems particularly affected by Ratzinger's death.

Along the Borgo Vittorio, the eye is drawn to a showcase with a white robe. A note reads: "One of the last papal robes of Benedict XVI.". A young woman is standing in front of the display case. Her name is Eliana Carolina and she came all the way from the northern Italian city of Piacenza. At home, she uses her cell phone to show her family the robe. "You know," she then says, "I don't like to travel, but when I saw Pope Benedict I really wanted to say goodbye to him. He was undoubtedly my pope." Why the mourning ceremony as a kind of last personal blessing of Benedict XVI. is for her.

Right next to the display case with the robe is the Lavs tailor shop (actually Latin: laus, meaning praise). The most beautiful robes that a layperson has ever seen hang there: snow-white, crimson, and gold. The tailor shop has been around for 22 years, says owner Filippo Sorcinello. She has repeatedly for Benedict XVI. Gowns made for special occasions. "And the miter that he wears when he is laid out is also ours." Yes, he does have memories, says Mr Sorcinello, but he doesn't want to reveal them.

From time to time the cardinal felt a longing for his Bavarian home. Then he went to the "Cantina Tirolese", which, one could speak of a heavenly providence, is located less than 500 meters from his house.

This is a typical Tyrolean restaurant. It was opened in 1971 by the Austrians Gerti and Roberto Macher. After that, their daughter Manuela managed it. After her death, the Cantina was taken over by her partner Mario Notari and Riccardo Macher and is now run by the third generation of Machers. "Ratzinger mostly came alone," says Notari. "He was an incredibly reserved and gentle person. I can remember when he was proclaimed pope. Manuela and I were like, 'How can a person like that speak to the world?'"

Ratzinger's regulars' table was in a quiet corner, a little apart from the others. The large table where he sat when he came with guests was then dedicated to him. The table is easy to spot. On the wood paneling behind the benches is a plaque with a dedication and his photos hang above it. It had become a tradition that the cantina always sent him an apple strudel as a birthday present. A gesture he greatly appreciated.

1 Sophia Thomalla raves about the ex: thieves steal... 2 Authority collects business model: severe defeat and... 3 Off to the gym?: Before the contract is signed ... 4 Baden-Württemberg: commemoration of Pope Benedict... 5 Saxony: newborn killed: mother convicted of murder 6 Baden-Württemberg: Hoffmeister-Kraut warns of the... 7 Election chaos in the US Congress: Republican McCarthy... 8 Successful, but also aggressive: "Naked cheerer"... 9 Shiffin shortly before an eternity record: furious... 10 After the death of a patron from the USA: Millions... 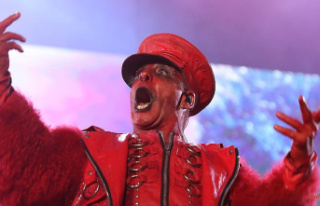