The next heat wave is rolling in: It's going to be particularly hot here

The heat returns to Germany. 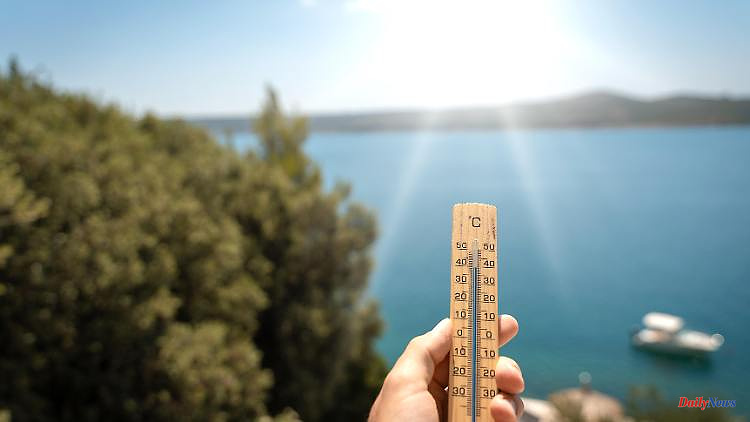 The heat returns to Germany. It will get warmer and warmer until the middle of the week - with temperatures up to the 40 degree mark. Storms only bring the long-awaited cooling off at the weekend.

Heat and hardly any cooling at night: With up to 39 degrees, it will be really hot again in the coming days. The south and east of Germany in particular are hit by the sometimes brutal heat. Temperatures are rising here again to over 35 degrees - with a trend towards 40 degrees. But also in the rest of the country it will be warm to hot in midsummer.

The front of the hot air from northern Africa is currently reporting in the south-west. Accordingly, up to 33 degrees are possible again. Wednesday it will be 36 or 37 degrees in the hotspot region in the southwest, the high point will be Thursday with 39, maybe up to 40 degrees locally, before a cold front will cause a full temperature drop by the weekend. The Upper Rhine is even hotter. On the other hand, it stays a little fresher in the extreme north or in the coastal area at 25 to 27 degrees.

Temperatures in the south and east will continue to rise on Thursday. That means in a wide strip from Rhineland-Palatinate, Saarland and Baden-Württemberg to Mecklenburg-Western Pomerania, Brandenburg and Saxony, 35 to 38, in places up to 39 or even 40 degrees are possible. The north-west and the west also get highs of around 30 degrees or more. At the same time, however, the humidity is also increasing. With the approaching cold front it will be thundery again.

With such energetic air masses, the potential for storms is always there. Thus, on Thursday afternoon and evening from North Rhine-Westphalia to the North Sea area, the first sometimes violent thunderstorms can occur at certain points. In places with the risk of storms due to heavy rain, hail and squalls.

On Friday, the ominous and thunderstorm-willing air mass mix will continue to spread - as before, with the risk of severe weather. In the extreme south it will remain sunny for a long time and accordingly hot with up to 36 degrees. Behind it in the north-west and north it will be more pleasant and fresher with a maximum of 20 degrees on the North Sea.

The south has to brace itself for a massive drop in temperature at the weekend: Even the last remnants of the extreme summer air will give way to intense thunderstorms, so that on Saturday and Sunday it will often only be 19 to 25 degrees. Only in the southwest does summer continue to have an easy time with 25 to almost 30 degrees in the river valleys.

After the last thunderstorms in the south, it will be mostly friendly to sunny and dry on Saturday. In the direction of the Danube and the Alps, it will remain partly thundery on Sunday. And also in the northwest, more compact clouds with some rain can gather.

In terms of forest fire risk, the showers can temporarily defuse the situation. But two or three sunny days later the danger rises again to the original level. Even the longer-term prospects in terms of rain bring no relief. But on the contrary.

For example, according to the current calculations of the experimental long-term forecasts of the US weather service NOAA, things look bleak for the rest of August. In the trends, the month is predicted from calculation run to calculation run in Germany more and more drier. For example, the problems caused by the falling water levels on the rivers are likely to increase - especially since the seasonal minimum actually only occurs in late summer or early autumn. 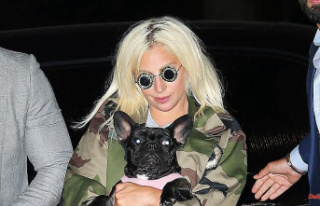