The weather week in a quick check: "Jürgen" rolls over Germany - up to 40 degrees

The situation in terms of heat is still clear and you should use every opportunity to cool down. 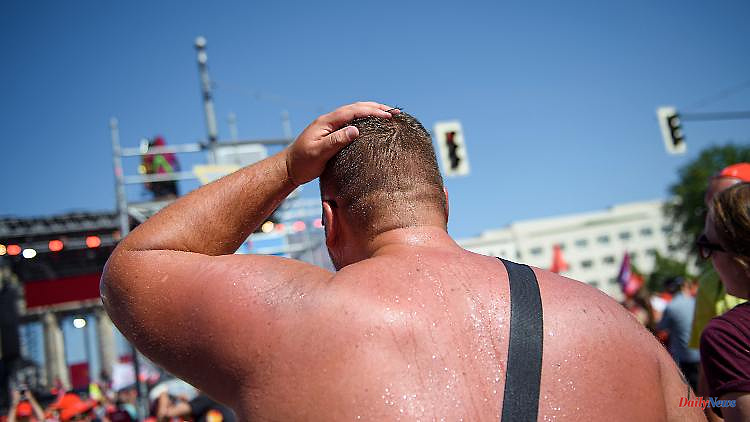 The situation in terms of heat is still clear and you should use every opportunity to cool down. Because with the beginning of the new weather week, the temperatures are rapidly picking up speed. Air from North Africa hits us with full force and shakes the 40 degree mark.

The new week brings one thing in particular to Germany: heat, triggered by high "Jürgen". The absolute records of 41.2 degrees on July 25, 2019 in Duisburg-Baerl and Tönisvorst are most likely out of reach. But the 40-degree mark is a sound barrier in Germany, first exceeded almost 40 years ago. On July 27, 1983, 40.2 degrees were measured in Gärmersdorf, Bavaria. After that there was a long break before the extreme heat hit Germany several times with new records from the depths of the Sahara - namely in 2015 with 40.3 degrees and then in July 2019 with peaks of up to 40.5 degrees on July 24th and the over 41 degrees on July 25th.

There is a clear trend that goes hand in hand with an accumulation of stationary weather patterns - that is, weather patterns that remain in their patterns for a relatively long time. In the past ten years, this has brought some extensive summer storm events, which were ultimately related to lows over Central Europe. Let us think, for example, of the 2021 flood catastrophe in western Germany or the severe thunderstorm situations with flooding in Berlin, on the Harz Mountains, on the Lower Rhine or in the Münsterland and in southern Germany. These were events that shaped the summers up to and including 2017 in particular.

2018 was followed by an extreme in terms of dryness and drought. The highs came in spring and summer and caused a drought deficit, especially in the deeper soil layers, which is still going on in some cases and is unfortunately getting bigger again at the moment. Because the drought of the past few weeks and its consequences are once again taking on drastic proportions - for example with the sad peak in terms of forest fire danger next Tuesday and Wednesday. Level 4 or 5 out of 5 awaits us throughout Germany. Every spark, every carelessly discarded cigarette in the forest or on the embankments can have serious consequences. As a rule, forest fires are only caused by humans and rarely by natural triggers.

Otherwise, the following applies to the coming days: protection is the order of the day, people should shift down several gears and ventilate as well as possible. Here's the roadmap for the heat and increasingly tropical nights:

Clouds will pass through in the north, while the rest of the night will be clear. In the dry air, there are definitely still good signs for ventilation. In the low mountain ranges there are often lows in the single digits - in places there is ground frost again. Otherwise it is between 14 and 10 degrees, in the west and in the sea wind around 17 to 15 degrees.

Compared to the previous day, the temperatures jumped up by five to almost ten degrees. We can expect 30 degrees and more almost everywhere. The hotspot is the Rhine track and its tributaries with temperatures of up to 36 degrees. The sun burns mercilessly from the sky. Only in the north will it be cloudier and less hot with 22 to 28 degrees.

The first heat peak hits the west. Maximum values ​​in the area of ​​40 degrees are possible here. In the rest of the country it is mostly 35 to 38 degrees. Even on the coasts, it should often be enough for a hot day with 30 degrees and more. Only when the wind is onshore is it a little less hot at 24 to 28 degrees. The associated and almost untroubled balance of sunshine should hardly come as a surprise: It is a scorching hot day, which is accompanied by an equally extreme risk of forest fires and subsequent tropical temperatures on Wednesday night. This is particularly true in the conurbations in the west and on the northern edges of the mountains with a slight foehn. With lows sometimes not below 25 degrees, further temperature records at some weather stations are within reach.

The focus of the heat is shifting to the east - the weather computers see the heat pole in the area of ​​Saxony-Anhalt, Brandenburg, Saxony and Thuringia. Maximum values ​​of up to 39 degrees are conceivable, but 40 degrees cannot be ruled out. Meanwhile, showers and thunderstorms are spreading in the west. As things stand at present, these are spatially limited, but can be quite intense in the sometimes muggy, warm to hot air. The northern lights are the coldest at 26 degrees on the North Sea.

While the last showers and thunderstorms subside and it often continues much less hot behind them, it remains hot in the south with peak values ​​of up to 34 degrees. In the rest of the country it is mostly 21 to 27 degrees.

It continues to simmer in the south. Because instead of cooling down, hotter air with up to 36 degrees announces itself again. To the north, summer remains more bearable. It's barely 20 degrees on the coasts. The exact development is still quite open. All in all, the sun is likely to dominate, but showers, thunder and lightning cannot be ruled out. All things considered, the North and Northwest are likely to be the most volatile.

A lot is still open for the weekend. An extension of the heat in the south and south-west currently seems most likely. On Saturday up to 33 degrees, on Sunday maybe even up to 35 degrees again. The middle and the north are generally cloudier and less hot with 20 to 27 degrees. However, it is still unclear to what extent further downpours or local thunderstorms will help contain the drought. 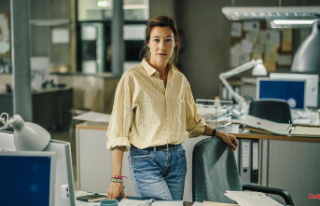