The weather week in a quick check: The early winter goes with ice

Low pressure areas from the west bring snow showers and freezing rain to Germany: there is a considerable risk of ice on the roads. 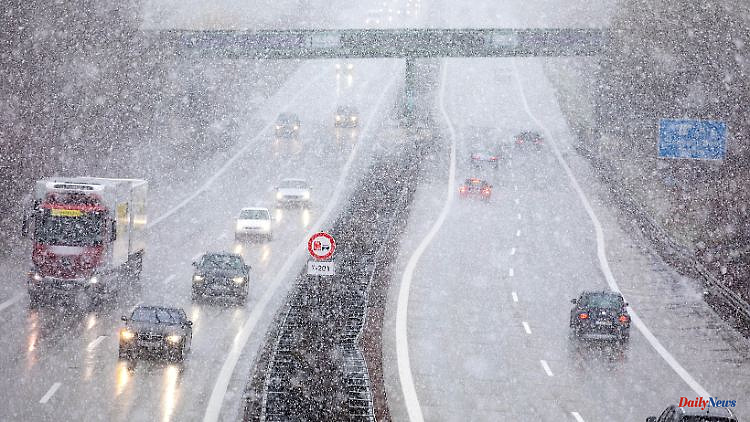 Low pressure areas from the west bring snow showers and freezing rain to Germany: there is a considerable risk of ice on the roads. The temperatures are already milder in the middle of the week, but the clouds are not going away.

After a partly ice-cold weekend with the first snow down to the lowlands, the next change in the weather overtakes us. The low pressure areas pick up speed from the west and first bring snow or rain, sometimes with a considerable risk of ice, before it gets milder everywhere. Only in the northeast and in the higher mountains does the early winter weather advance last a little longer.

For the next weekend, the weather computers indicate a high over Central Europe and Germany. This should make it calmer, drier and, above all, milder again at night. All in all, however, we are moving at a level that is appropriate for the season.

That could change afterwards. Because the forecasts are playing with colder air again at the end of the month and thus the early winter could start again. So it remains varied.

Meanwhile, the experimental long-term predictions are also full of suspense. The trends of the American weather service NOAA, for example, rate December 2022 and January 2023 cooler than in the last calculations. And so now to the weather journey through the new weather week.

Monday night: snow and rain in the mix of slippery conditions

From the west and south-west, the next low spur is approaching. Snow falls from the Münsterland, through southern Lower Saxony and East Westphalia to Thuringia, Saxony and northern Bavaria, down to the lower elevations. Sometimes it's snowing harder, with the corresponding smoothness. And snow showers are also possible from the Baltic Sea.

Otherwise, rain is on the way in the south-west half with plus degrees, while in the north-east and in the snowy and slippery regions lows between 0 and minus 5 degrees are reached. The wind sometimes blows briskly and ensures that the whole thing can feel much cooler. The perceived temperature, the so-called wind chill, tends to be between plus 3 and minus 8 degrees at the end of the night. Dress warmly, therefore, remains the motto.

Monday: Slightly milder from the southwest

The new week will bring snow showers, especially in the south and south-east. There are also flakes in there from the Baltic Sea. In the rest of the country, the bottom line is that the new week starts changeable and milder. The maximum values ​​are 5 to 10 degrees in the south and west. In the north and east, meanwhile, there will be a maximum of 0 to 4 degrees.

Tuesday: Alps with snow and ice

Clouds are gathering again from the west with rain, which will turn into snow above a good 800 meters, especially in the Alps and the Bavarian Forest. Snow and freezing rain with the corresponding slippery weather are also possible in the east from the second half of the night into the morning. Unfortunately, the friendly loosening up is very limited overall. Temperatures reach between 2 and 10 degrees; although it is still the mildest on the Rhine.

The old clouds and precipitation are not yet completely gone when the next low-pressure bell rolls in from the west. In between, however, it is sometimes loosened up and dry. The wind is freshening up, becoming particularly stormy on the North Sea and bringing temperatures up to 5 to 13 degrees.

Thursday: Weather calms down with a lot of grey

The south still gets the most sun. In contrast, clouds, fog or high fog dominate in the rest of the area. Occasional rain or drizzle falls, which only turns into snow in the higher mountains. The temperatures reach between 5 and 13 degrees.

It gets uncomfortable again. The next rain clouds, along with a partly strong wind, will not be long in coming. Before that, the East and the South will be beautiful for a longer time. The values ​​​​climb up again compared to Thursday and bring it to 6 to 14 degrees. 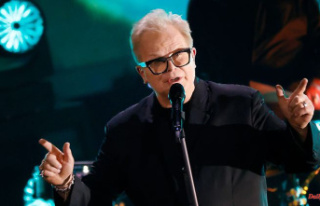