In the second week of August, midsummer really gets going again: After a cooler weekend, Germany is heading towards temperatures above 30 degrees again. 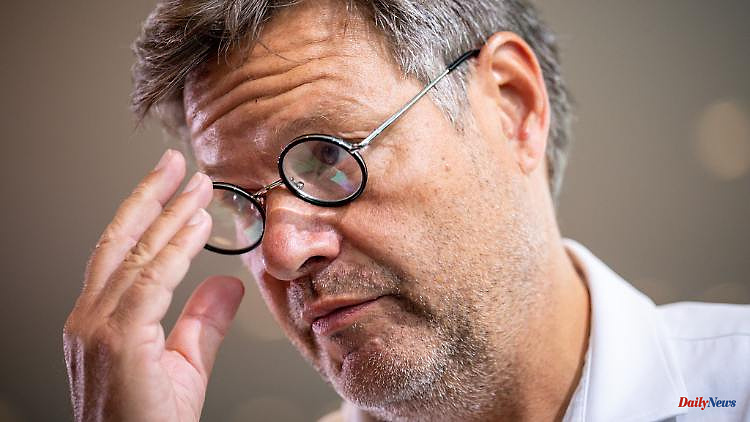 In the second week of August, midsummer really gets going again: After a cooler weekend, Germany is heading towards temperatures above 30 degrees again. Only on Sunday is a possible end to the dry heat in sight.

After a weekend of taking a deep breath and a break in the heat, also in the south-west of our country, midsummer is back in full swing in the new weather week. High "Oscar" spreads and ensures that first the sun and then the heat go into the next round. First in the west and southwest with peaks of 30 degrees and more, before it gets hotter everywhere in the second half of the week. Then the extreme heat mark of 35 degrees wobbles again.

At the same time, the drought is also being extended and as a result, the summer of 2022 will unfortunately remain on an inglorious record course in terms of drought. By Thursday at the latest, the risk of forest fires in Germany will again be considerable to large, sometimes very large - i.e. at levels 3 to 4, sometimes also 5 (of 5).

And the situation in agriculture and river shipping also remains tense. The Rhine and Oder, for example, are approaching record low water levels. Just as unusual is the timing of the approaching records. They are actually only available in late summer or autumn. From this point of view, we are in free fall, which could only be stopped by proper and sustained rain.

When looking at the rain totals, however, it quickly becomes clear that this is a difficult to impossible task for the time being. Until the middle of the month - according to the current status - at most the south will receive appreciable precipitation. It could then become more changeable in the west and north. Otherwise, unfortunately, it looks extremely poor. Here are the details.

Night to Monday: Dry and fresh

It's another fresh night that makes us almost forget midsummer. At 14 or 15 degrees, it is still the warmest on the lake and on the Upper Rhine. Otherwise it cools down to 12 to 9 degrees in the dry and partially clear night. If you want to see the falling star rain of the Perseids, which reaches its maximum around August 12th or 13th, you have very useful maps in terms of weather.

Monday: Lots of sun, only cloudier in the north

The new weather week starts partly cloudy in the north and there may be some rain or drizzle in places. In most of the rest, however, the sun dominates and usually causes temperatures to rise to 23 to 29 degrees. It is fresher in the northern lights at 20 to 22 degrees, hotter in the southwest, where the next heat wave is picking up speed with up to 32 degrees.

Apart from a few cloud fields in the north and east and maybe very local thunderstorms in the Alps, it will be friendly to sunny and dry. The temperatures like to climb by one to two degrees per day, so that we can expect a widespread 22 to 33 degrees. The hotspot is the Rhine and its tributaries.

The midsummer trend persists and Germany is increasingly becoming the Ü-30 zone. The focus of heat is still in the west and south-west, where the threshold for extreme heat of 35 degrees is wobbling and will probably be exceeded. Only the north is a little less heated. But 25 to 30 degrees are also easy here.

In many places, there is little change in the sunny, hot prospects with highs of 25 to 35 degrees and a little more. However, the air is slowly becoming more humid, so that on the one hand more tropical nights with lows around or not below 20 degrees are to be expected. On the other hand, the willingness for afternoon and evening thunderstorms is slowly increasing. From today's perspective, this mainly affects the south and then the west, where there could at least be some cooling off.

1 Wrong-way driver in one-way street: Explosion after... 2 Bavaria: damage in the millions in the fire of two... 3 North Rhine-Westphalia: Police dog puts alleged perpetrators... 4 Thuringia: semi-detached house uninhabitable after... 5 Bavaria: Drunk wants to steal the police bike from... 6 North Rhine-Westphalia: Initially no traffic chaos... 7 Saxony: 46-year-old killed: 20-year-old in custody 8 “I grab my gun at 4 a.m. and then it’s off to... 9 IAEA: Attack on Ukrainian nuclear plant shows "risk... 10 Denim shirt: The must-have in every summer wardrobe 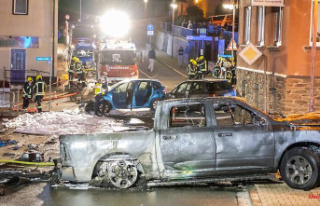